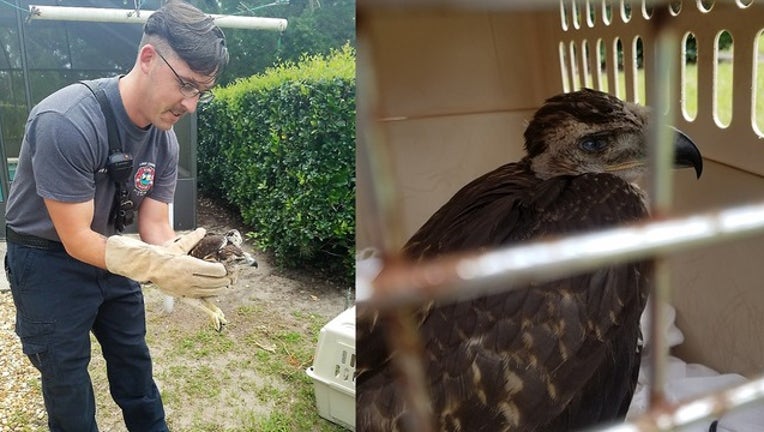 They say that two of their firefighters contacted contacted The Avian Reconditioning Center for Birds of Prey in Apopka, which accepted and assessed the young bird.

The hawk was just 10-12 weeks old and was dehydrated and malnourished. It will be rehabilitated to the area where it was found.