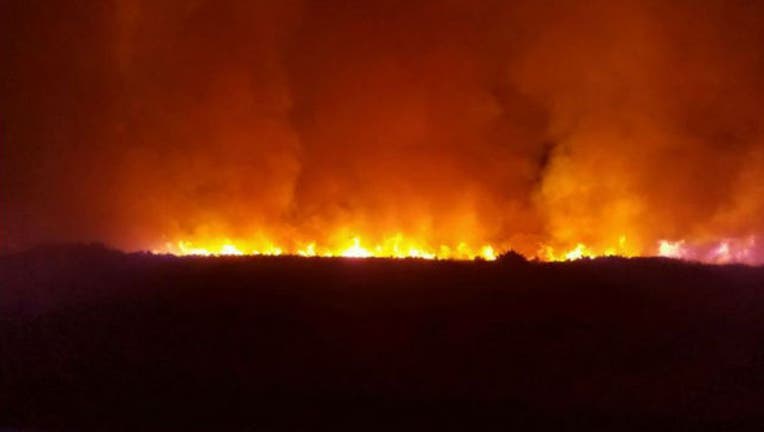 TITUSVILLE, Fla. (WOFL FOX 35) - A brush fire in Brevard County grew to 400 acres just before 11 p.m. on Tuesday.  This fire broke out in the area of Interstate 95 and State Road 50 near Titusville earlier in the evening.

Authorities are trying to determine the cause of the fire.  While there was inclement weather in the area around the time the fire was believed to have begun, crews were not saying whether it may have been caused by lightning.

Officials were considering evacuating a hotel near the SR 50 exit at I-95, but they later decided there was no immediate threat to any structures.   They said they would continue to monitor the situation.

Drivers were asked to use extreme caution, as smoke from the fire could impact visibility.  Some roads in the area were expected to remain closed throughout the morning.