Fire breaks out during 'Harmonious' fireworks show at EPCOT

A fireworks launch platform at the Walt Disney World Resort in Florida caught fire on Friday, according to a statement from Disney.

LAKE MARY, Fla. - A fireworks launch platform at the Walt Disney World Resort in Florida caught fire on Friday, according to a statement from Disney.

The fire occurred during the "Harmonious" fireworks show at EPCOT.  Disney said the fire was contained and extinguished quickly.  A video and picture of the fire were posted on social media by Tim Beekman which he shared with FOX 35 News. 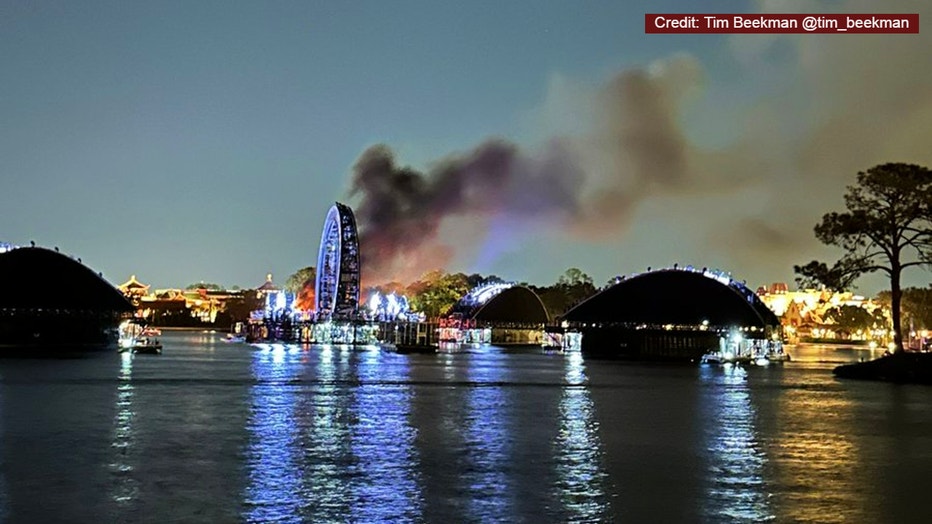 Last month, a fire reportedly broke out at a building in EPCOT's World Showcase. Brian Cambold, of Theme Park War, a website that tracks updates at Florida's top theme parks, said the fire appeared to start after the Harmonious show and appeared to be one of the buildings at the American Adventure Pavilion or the Italy Pavilion. From his vantage point, it was difficult to tell specifically, he said.

"It did smell like a plastic-y smell. It was not like a wood-burning fire or anything like that, so it was definitely some sort of structure that caught on fire," he said, adding that it did not take long for firefighters to extinguish the flames.

"Harmonious" at EPCOT debuted in September of 2021, part of the the 50th anniversary of Walt Disney World.

We are counting down to the 50th anniversary of Walt Disney World. On Wednesday, the future of the parks arrived with the debut of a new nighttime spectacular fireworks show at Epcot called Harmonious.