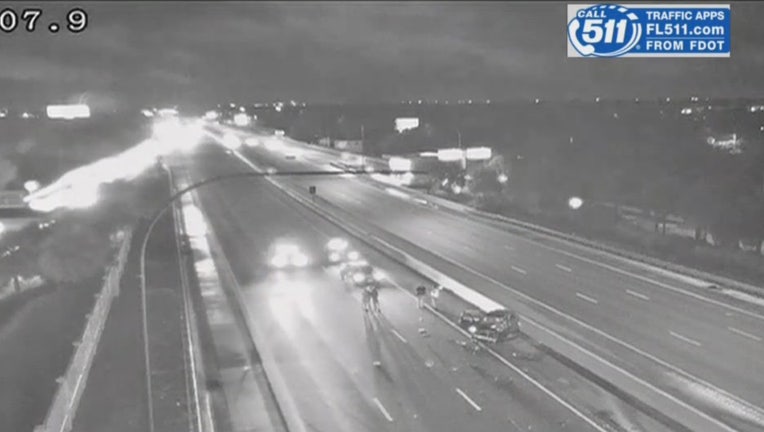 LAKE MARY, Fla. - Troopers with the Florida Highway Patrol are on scene of a fatal crash on westbound lanes of State Road 408 (East-West Expressway) in Orange County.

The crash happened shortly before 9 p.m. Monday, west of John Young Parkway. A trooper was investigating a separate crash on westbound SR 408, near Old Winter Garden Road when he said a Nissan Maxima drove past him in the wrong direction -- eastbound, in the westbound lanes. The trooper attempted to catch up to the wrong-way driver and had dispatch notify other agencies.

The westbound lanes of SR 408 were shut down at John Young Parkway for the investigation.