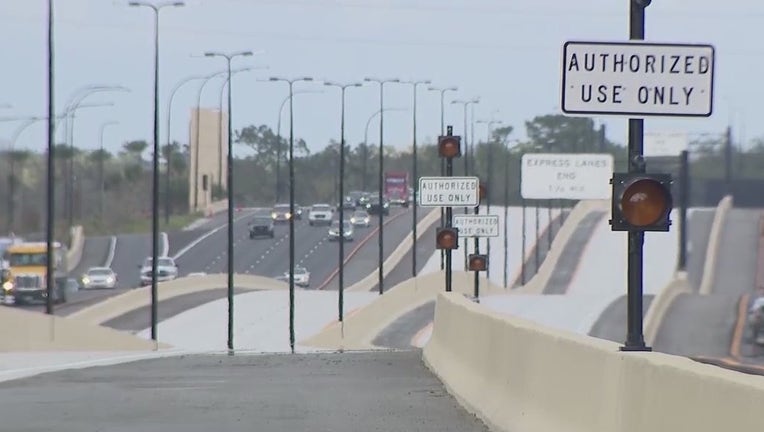 ORLANDO, Fla. - The Florida Highway Patrol says two people have been taken to the hospital after a wrong-way crash on the newly opened I-4 Express lanes in Orlando.

The crash happened Monday morning around 4 a.m. near mile marker 87. The new lanes opened less than 2 weeks ago.

According to troopers, a driver in a Buick Lacrosse was traveling eastbound in the westbound lanes when the vehicle struck a pickup truck.

The 28-year-old driver of the Buick is in critical condition at Orlando Health. The pickup truck driver suffered minor injuries, according to FHP.

In the first weekend the lanes opened, FHP ticketed 77 drivers, one of which was speeding over 100 mph.