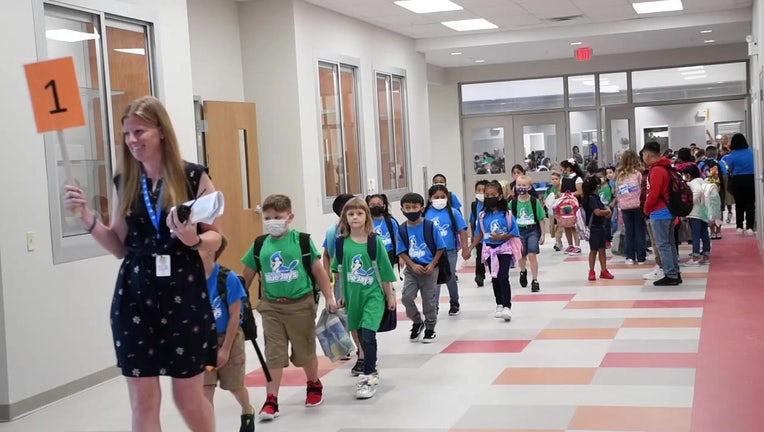 TALLAHASSEE, Fla. - The U.S. Department of Education is ratcheting up pressure on Florida to submit a plan for how it intends to use the latest round of federal COVID-19 relief funding for schools.

Florida is now the only state or U.S. territory that hasn’t submitted a plan for spending American Rescue Plan Elementary and Secondary School Emergency Relief funds.

"FDOE’s (the Florida Department of Education’s) delay raises significant concerns because of the unnecessary uncertainty it is creating for school districts across the state and because it is hindering their ability to confidently plan for how to use these funds to address the needs of students," wrote Ian Rosenblum, a deputy assistant secretary for policy and programs at the federal agency.

The federal government released the initial two-thirds of each state’s allocation in March. Under federal guidelines, the state education department is given control over 10 percent of the funding for Florida, with the remaining 90 percent intended to go directly to school districts.

In his letter Monday, Rosenblum said Florida’s education department has drawn down $177 million in American Rescue Plan money earmarked for schools "for use at the state level." However, Rosenblum said the federal government has "heard repeatedly from parents, teachers, and superintendents from school districts in Florida that FDOE has not yet awarded" disbursements from money already received under the American Rescue Plan.

The state Department of Education didn’t immediately answer an email from The News Service of Florida requesting comment Monday.