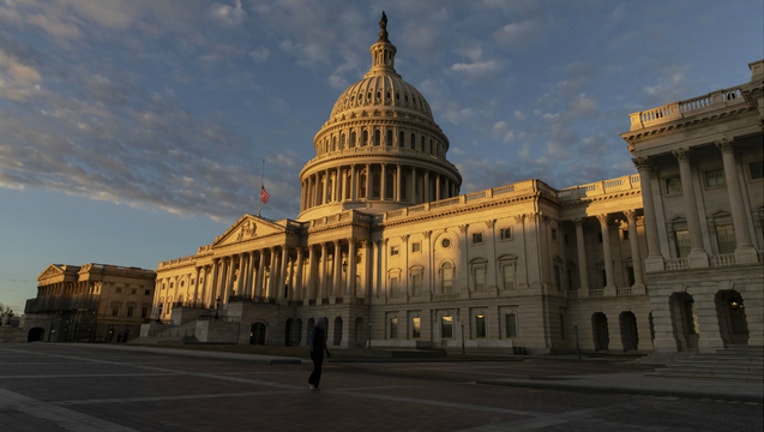 WASHINGTON (AP) - Federal agencies have been directed to hold off enacting pay raises for top administration officials during a government shutdown that has left hundreds of thousands of federal workers without pay.

The guidance was issued Friday in a memo from Margaret Weichert, the acting director of the Office of Personnel Management.

The raises were the result of a pay freeze for top federal officials, including the vice president and cabinet secretaries, that was on the verge of expiring because of the shutdown.

In the memo, Weichert writes that, "In the current absence of Congressional guidance," OPM "believes it would be prudent for agencies to continue to pay these senior political officials at the frozen rate until appropriations legislation is enacted that would clarify the status of the freeze."

White House Press Secretary Sarah Huckabee Sanders had said earlier Friday that the administration was "aware of the issue" and "exploring options to prevent this from being implemented while some federal workers are furloughed."

Trump had also told reporters at a press conference that he "might consider" asking cabinet secretaries and other top officials to forgo the raises. Vice President Mike Pence committed to doing so.

The raises, which were first reported by The Washington Post, appear to be an unintended consequence of a shutdown that is affecting hundreds of thousands of federal employees, forcing many to work without pay. Trump and congressional leaders met again Friday to try to hash out a resolution, but emerged no closer to a deal. Trump is demanding billions of dollars for his long-promised wall along the southern border. Democrats refuse to give him the money.

Sanders, in her statement, called the raises "another unnecessary byproduct of the shutdown" and put the onus on Congress, saying it "can easily take care of this by funding the government and securing our borders."

House Majority Leader Steny Hoyer, a Democrat, also called on Senate Majority Leader Mitch McConnell to hold a vote on the measures passed by the House Thursday night to re-open the government and provide back pay to those affected by the shutdown.