The father-in-law of Nicole Montalvo walked out of Osceola County Jail Monday night.

OSCEOLA COUNTY, Fla. - The father-in-law of Nicole Montalvo walked out of Osceola County Jail Monday night. With his face covered in a black leather jacket, Angel Luis Rivera is now free on bond after being charged in connection with Montalvo's death.

"Do you have anything you’d like to say to her family? To her parents?" a FOX 35 News reporter asked Rivera.

Nicole Montalvo was missing back in October. Days later, investigators say they found her remains scattered on the Rivera family property.

Since then, both her estranged husband Christopher Otero-Rivera and father-in-law Angel Luis Rivera have been charged in connection with the case. 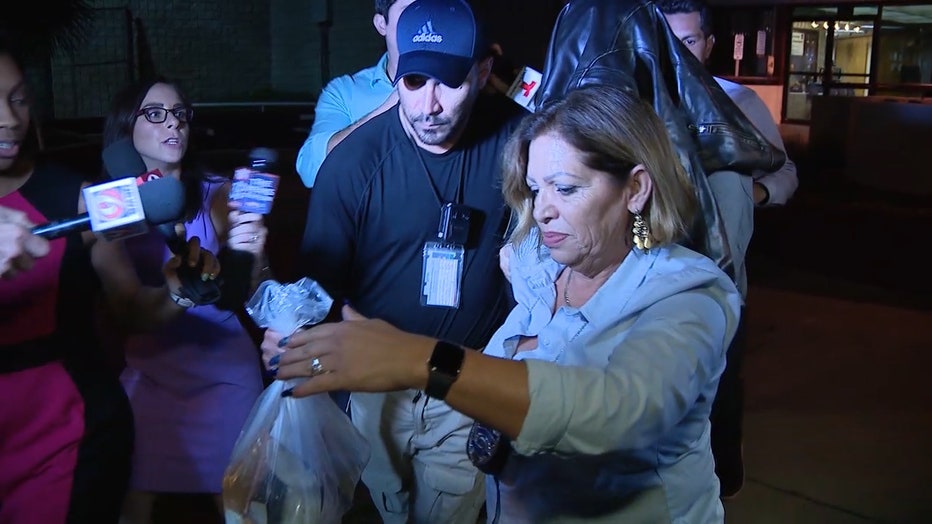 The father-in-law is charged with failure to report the death and abuse of a dead body. His bond was lowered to $160,000 last week.

Both father and son were charged with murder, but prosecutors with the State Attorney's Office say they're not moving forward with those charges right now because they say they don't have what they need for an evidence-based prosecution.

"How do you explain what was found on the property?" a FOX 35 News reporter asked Rivera.