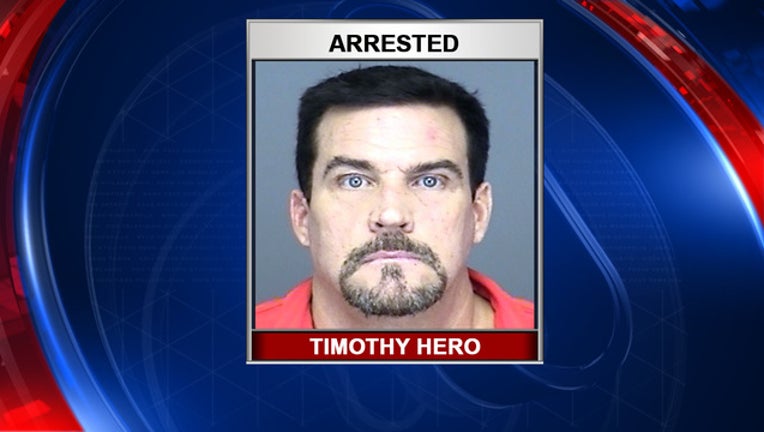 AVON PARK (FOX 13) - A Highlands County Winn-Dixie employee is under arrest, charged with luring a girl into a grocery store bathroom and assaulting her.

The Highlands County sheriff says security cameras in the Avon Park store show Timothy Hero leading the 14-year-old girl into back of the store and into the men's room Thursday.  They say he sexually assaulted her in a stall.

The girl's father went looking for her and ended up breaking down the door of the stall when he realized what was happening.

Hero, 49, is charged with sexual assault, lewd and lascivious behavior, and child cruelty.

Detectives say he had developed a cordial relationship with the girl -- who was described by detectives as "especially vulnerable" compared to most girls her age -- during her family's previous visits to the store.