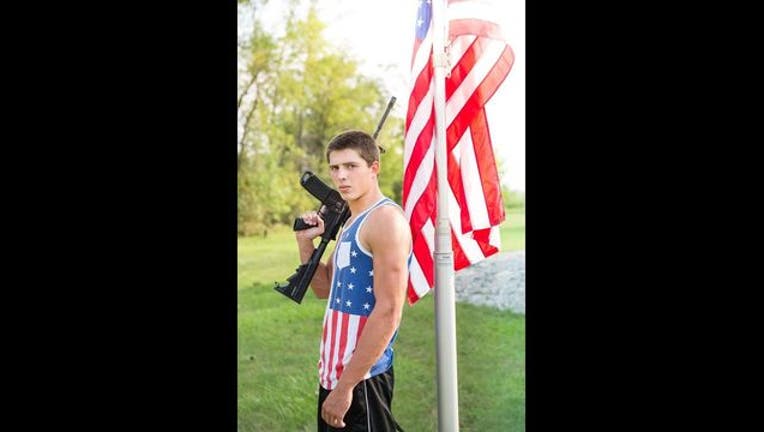 FARGO, N.D. (KMSP) - A North Dakota dad is taking his “fight for freedom” to Facebook after the principal of Fargo North High School rejected a yearbook photo that shows his son -- senior student Josh Renville -- holding a rifle.

Fargo North Principal Andy Dahlen told KVRR-TV that guns are not permitted on school property and the photo isn't appropriate. Dahlen said he told Josh's father to submit another photo for the yearbook.

“It's a picture,” Charlie Renville wrote on Facebook. “No different than the pictures in the school library of soldiers during any one of our nation’s wars. Or what about hunting books? Do those pictures violate federal law too?”

Read the full rebuttal from Josh’s dad at http://on.fb.me/1Z21aIX