Derek and Deanna Miner say it’s been 46 days since their son was killed in a car accident. For them, that meant 46 days without answers.

ORLANDO, Fla. - Derek and Deanna Miner say it’s been 46 days since their son was killed in a car accident. For them, that meant 46 days without answers.

"FHP’s not talking to me – they haven’t talked to me. They refuse to talk to me," Derek Miner told FOX 35.

Nick Miner, a straight-A student and beloved quarterback at East River High School, had been trying to help a friend whose car was stuck in a ditch, when a driver hit Miner’s pickup truck, killing him.

The Florida Highway Patrol said at the time it would be looking into whether that driver had been speeding, and where Nick’s car had been parked.

But since then, the Miner family says it’s gotten little contact and no answers.

"Every day, just waking up to the realization that my son is gone," Nick’s dad told FOX 35. "We feel like in order to heal – not just for me or my family, but the community that’s around us – we need to know what happened, what’s going to happen, and how it all happened if that makes sense."

The Miner family says when they first lost their son, the Florida Highway Patrol promised they’d be in contact, and that a victim’s advocate would reach out.

But they say none of that happened.

"It almost feels like they don’t care, that we’re just another statistic. My son’s not a statistic, he’s a real person," Derek said.

"He’s a really great kid. So many people are distraught over his loss," Deanna added. 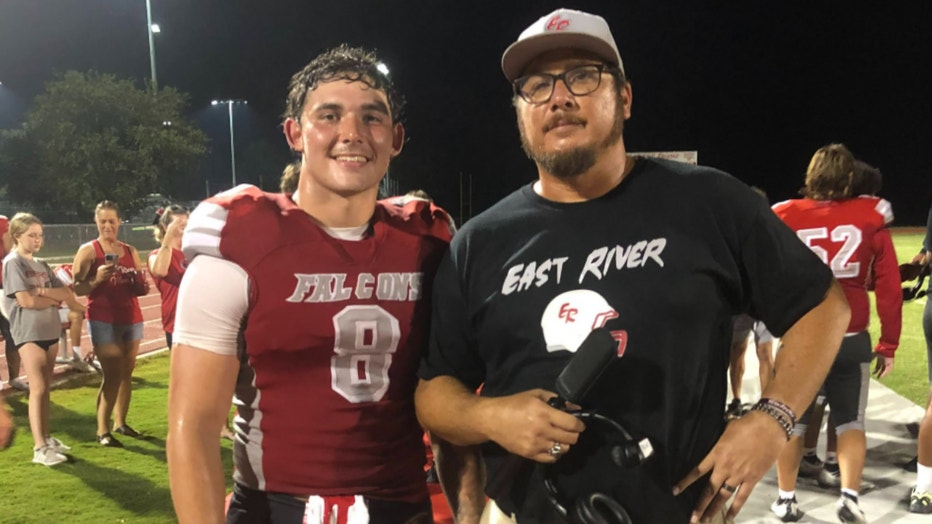 Other people who’ve gone through similar tragedies told the Miners that law enforcement was extremely supportive – checking in often, calling even if they didn’t have updates on the case.

That hasn’t been the Miner's experience.

The family says it’s been hard to heal without answers.

They don’t know that they’ll ever get them, but they want to know that someone is trying.

"We have the boys at our house every Sunday that were there that night, to check up on them, just to talk about what happened," Derek said. "They’ve not been interviewed by anybody. So I’m just questioning, what investigation is going on, why are things pending?"

The Florida Highway Patrol hasn’t charged the driver in this case or said they’re going to. But the Miner family says they don’t like that the person responsible for their son’s death gets to drive while the investigation is going on.

"I think the justice I would want is for this person not to be able to do this again to somebody else’s son or daughter."

When FOX 35 News asked the FHP for updates on this case before talking with the Miners, an FHP spokesperson told FOX 35, "This is still an active criminal investigation, and we are unable to release any further information at this time."