ORLANDO, Fla. - Nick Miner, a high school quarterback, was killed in a crash over the weekend. His dad and brother were on the scene when he was trapped under a truck.

Derek Miner, Nick's dad, can't get that tragic and horrific vision out of his head of his son trapped under his truck. His son the starting quarterback at East River High School was killed when trying to help his friend out of a ditch this weekend.

"I don’t think I’m ever going to get that picture out of my head. Of my baby boy stuck under that truck," said Derek Miner. "We’re all broken, we’re all lost, we’re in shock right now." 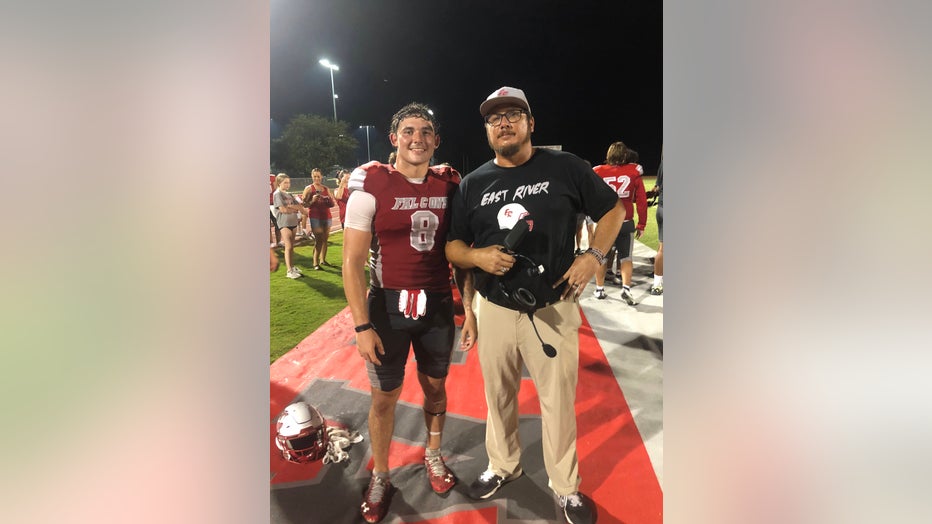 Florida Highway Patrol says Nick was in his pickup truck trying to pull out another truck on the shoulder on Dallas Blvd, just south of Oberly Pkwy. When another driver hit his truck, it flipped, Nick was ejected and the truck landed on him.

"I ran over so fast to him. And I saw him pinned under that car. And his friends were there," said Derek. "We were trying to lift it up, and we couldn’t do anything."

Nick was a straight-A student, starting quarterback for East River, and just bought a suit for homecoming on Thursday, as he was on homecoming court.

"He had such high hopes. He was planning to graduate, go to college and play and now that’s all stolen from us. Because of someone’s carelessness," said Nick's mom Deanna Miner. 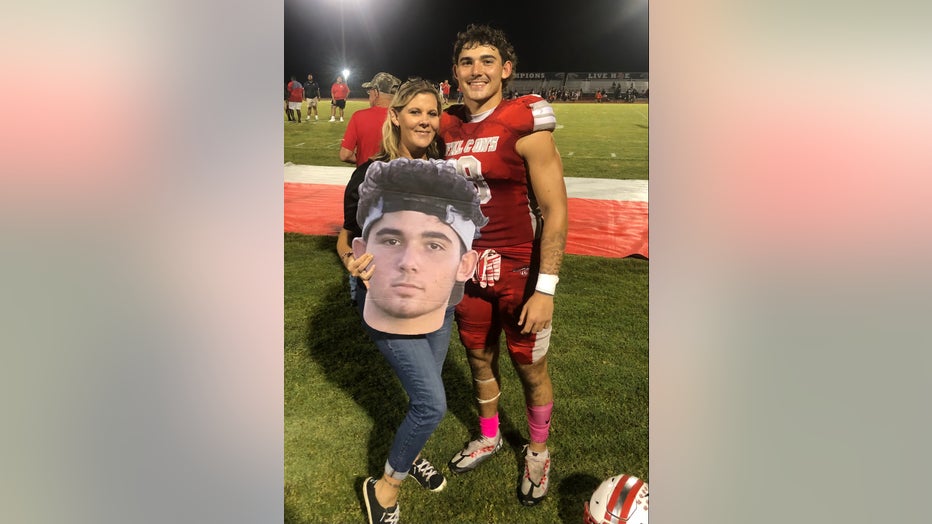 Nick was the baby of the family. They all looked up to Nick and his big heart which was always there for others, even in his final moments.

"It breaks my heart that he’s gone and not here with us," his brother Andrew Miner said. "But I’m happy that he passed doing his character and helping his friend."

Nick was an organ donor. His family said it gives them some peace knowing that in his death he's still helping others.

Florida High Patrol is now investigating and looking into how far into the road Nick's truck was and if the other car that hit him was speeding.