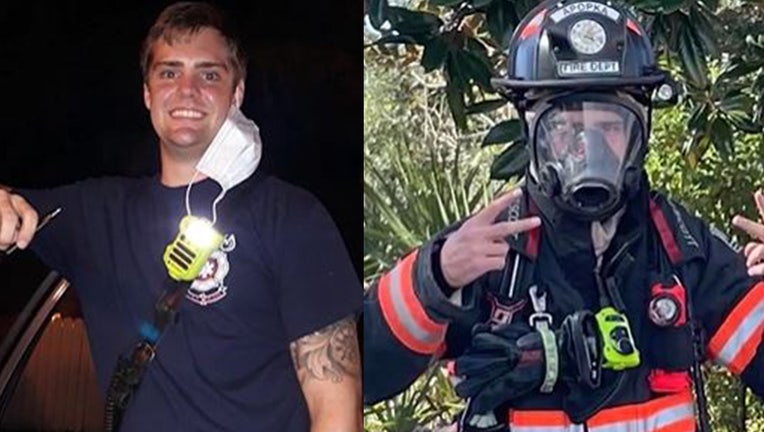 APOPKA, Fla. - An Apopka firefighter who died after being seriously injured on the job will be honored at the city's annual tree lighting event on Friday.

Austin Duran, 25, was hurt this past summer when a 4,500-pound sand trailer fell on him and pinned him down, landing on his legs and abdomen. He had been in the hospital for weeks and underwent several surgeries before passing away.

In honor of his son, Duran's father – Mike Duran – arranged to have the Budweiser Clydesdales participate in a Christmas Parade ahead of the tree lighting, which will take place at Kit Land Nelson Park. A raffle was held ahead of the event for a chance to ride with the Clydesdales as they make their way to the Annual Christmas Tree Lighting ceremony. All proceeds will benefit the Armando Borjas Jr Scholarship.

According to a Facebook event for the Clydesdale Christmas Parade, Mike Duran worked for City Beverages, which is an Anheuser-Busch Wholesaler.