Tampa Electric hopes to expand the dock at its Manatee Viewing Center in an effort to bring hundreds of thousands of people closer to the animals.

TALLAHASSEE, Fla. - Manatee experts are pointing to concerns about boating collisions as the struggling sea cows migrate from an unorthodox feeding area in the Indian River Lagoon.

As temperatures go up, boaters are being advised to watch for slow-moving manatees that continue to die at a higher-than-normal rate, mostly because of starvation, despite the feeding effort near Florida Power & Light’s Cape Canaveral Clean Energy Center.

"We've also noticed an uptick of manatees with recent watercraft injury statewide, which is likely due to manatees migrating from the warm water sites into high traffic waterways," Andy Garrett, manatee rescue coordinator for the Florida Fish and Wildlife Conservation Commission, said during a conference call Wednesday.

Seasonal manatee zones, requiring boaters to slow down in certain areas, go into effect April 1 and continue through Nov. 15.

READ: After 4 months and 160,000 pounds of lettuce, Florida plans to wind down manatee feeding program

While watercraft are not the leading cause of death for manatees, they were tied to 103 of a record 1,101 deaths last year in Florida waters. Through March 18, 441 manatees had died this year, with 15 of the deaths connected to watercraft injuries.

In the same period of 2021, 537 manatee deaths were reported, with 19 linked to watercraft.

As in 2021, the vast majority of manatee deaths this year have been associated with a lack of natural seagrass, which has been depleted because of poor water quality and algae blooms. Seagrass beds are prime foraging areas for manatees. 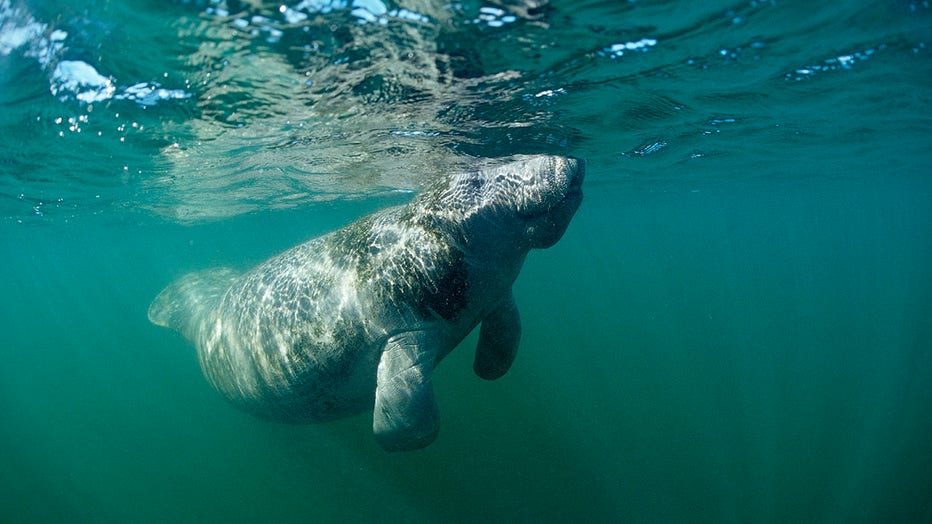 Wildlife officials began feeding lettuce to manatees last year near the FPL plant, where the sea cows congregate during the winter as they seek warm water related to plant discharges. Typically, feeding wildlife in such a manner would be considered taboo, and the Fish and Wildlife Conservation Commission has repeatedly issued advisories for the public not to also feed manatees.

"We are continuing to feed out lettuce at the site, as we have," Calleson said. "But we are making plans about how we are going to transition down to demobilizing that site, probably in the next week and a half or so. The current forecast is for the weather to continue to warm, so animals should start to fan out more and more."

When the feedings are halted, state and federal officials will continue to monitor the animals for potential rescues and to begin making decisions about what to do next winter, as this was the first time such a feeding effort was undertaken.

Calleson said one lesson learned was to be adaptive in feeding. That included distributing lettuce so that the manatees weren’t all in the same place at the same time to reduce competition for food.

"We'll have to see how many animals show up. The timing of when it starts and all that will have to just sort of be figured out on the fly," Calleson said. "But overall, the adaptive process we used for this winter worked pretty well, and we were able to efficiently get all that lettuce out. And as I previously mentioned, once the animals figured out they were gonna feed, they were very efficient at the feeding."