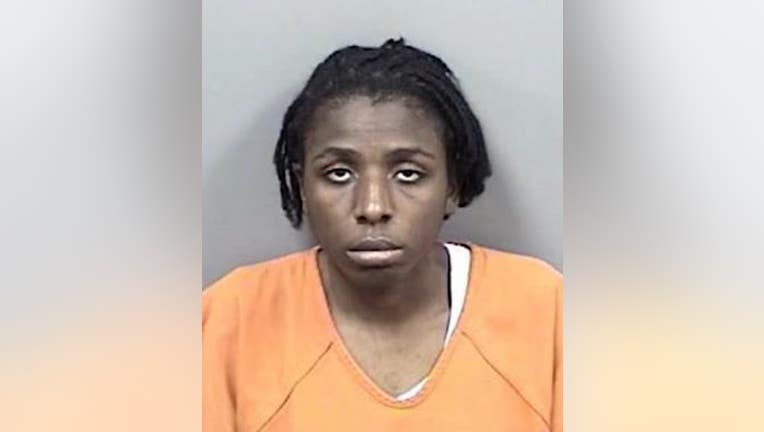 MARION COUNTY, Fla. - An ex-girlfriend of a Marion County deputy has been arrested in connection to his murder, the Citrus County Sheriff's Office announced on Thursday.

Jacqueline Jasmin Johnson-Cabrera, 22, of Ocala, is facing a second-degree murder charge in the death of Deputy Cory Schweitzer.

According to the sheriff's office, on Aug. 19, law enforcement received a call about a potential suicide at a residence in Pine Ridge. Schweitzer, 31, was found dead from a gunshot wound.

During the  investigation, evidence revealed that this was not a suicide, but that Deputy Schweitzer had been murdered, the sheriff's office said.

"Upon a thorough evaluation of the forensic evidence and additional investigative work by CCSO detectives, a warrant was secured for the arrest of Johnson-Cabrera, a former girlfriend of the victim."

Johnson-Cabrera was booked into the Citrus County Detention Facility in Lecanto.

Schweitzer was an off duty detention deputy with the Marion County Sheriff's Office.

"Our thoughts and prayers are with Deputy Schweitzer’s family, along with Sheriff Woods and the men and women of the Marion County Sheriff’s Office, who knew and worked alongside Cory," said Sheriff Mike Prendergast. "Investigating homicide cases are difficult enough, let alone when the victim is a fellow law enforcement officer. This case presented many unique factors and, with the arrest of Johnson-Cabrera, I hope and pray the family and colleagues can now begin the healing process."