Timeline of COVID-19 emergency use authorization in US

Over the last year, the Food and Drug Administration has paved the way for adults and children to receive the COVID-19 vaccine as protection against the deadly coronavirus.

GENEVA - The number of coronavirus cases has risen in Europe for the fifth consecutive week, making it the only world region where COVID-19 is still increasing, the World Health Organization reported Wednesday.

In its weekly report on the pandemic, the U.N. health agency said new cases jumped by 6% in Europe compared to an 18% increase the previous week. The weekly number of new infections in other regions either fell or remained about the same, according to the report.

The sharpest drops were seen in the Middle East, where new cases decreased by 12%, and in Southeast Asia and Africa, where they fell by 9%.

Overall, 3 million new weekly cases were reported globally, the report states. The number of deaths from COVID-19 worldwide rose by 8%, driven mainly by Southeast Asia, where deaths spiked by 50%. 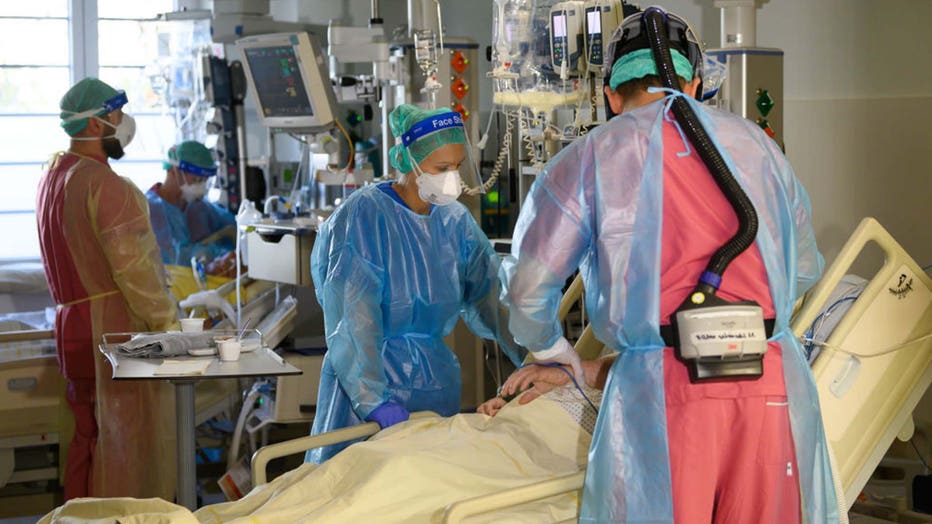 Several countries in Central and Eastern Europe have seen daily case numbers shoot up in recent weeks. Infections in the Czech Republic soared by 9,902 in one day, the Czech Health Ministry reported Wednesday. That was about 60% more than a week earlier and the highest daily increase since March 23, the ministry said.

The country had a 7-day infection rate of 386 people per 100,000, almost double the figure from a week ago. The government has said the virus is spreading mostly among people who are unvaccinated.

Poland’s Health Ministry on Wednesday reported the country's highest daily number of new cases since April, with over 10,400, or 20% more than a week earlier. The ministry said more than 120 people with COVID-19 died over 24 hours.

In Germany, the head of the national disease control center said that infection rates have risen "rapidly," with significantly more patients in intensive care and deaths rising above 100 per day on some recent occasions.

"Unfortunately, the fourth wave is developing exactly as we had feared, because not enough people are vaccinated and because measures … are no longer being implemented sufficiently," Robert Koch Institute President Lothar Wieler said in Berlin. He cited measures such as mask-wearing and distancing, and restrictions on people who haven’t been vaccinated or tested using some facilities.

WHO said the continuing rise in confirmed cases across Europe has been driven mostly by Britain, Russia, Turkey and Romania, the report showed.

Leading British medical authorities have called for the government to again require infection precautions such as mask-wearing and social distancing, but the government has insisted the health system can handle the increasing caseload.

Some scientists worry that waning immunity from vaccinations across Europe could allow even more people to fall ill from COVID-19 during the winter season.

WHO nevertheless has slammed rich countries for rolling out booster vaccine programs while the majority of poor countries have yet to administer shots to their most vulnerable populations; the agency said last week that about 1 million booster shots are administered every day, about three times the number of COVID-19 doses given in poor countries.

WHO said the easier-to-spread delta variant remains predominant worldwide and continues to mostly crowd out other variants; more than 99% of COVID-19 samples sequenced by an international database were the delta variant.

It said delta’s spread has been slightly slower in some parts of South America, where other variants, including the mu variant, account for a large proportion of cases.