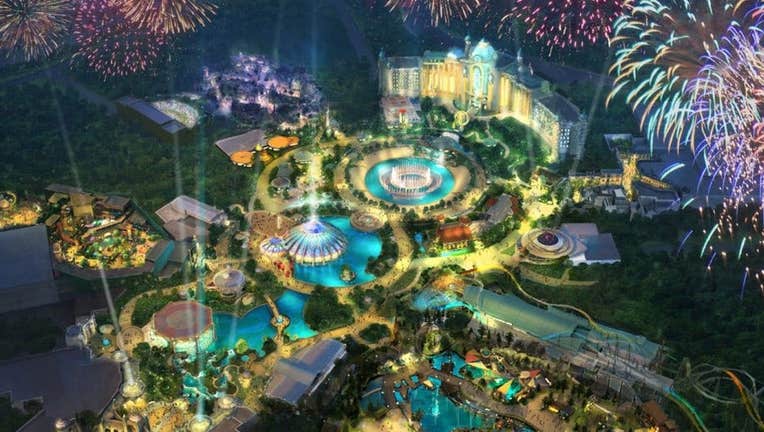 Concept art of what Epic Universe, Universal's newest theme park in Orlando, Florida, could look like. It's currently scheduled to open during summer 2025. Photo via Universal Orlando.

The opening of Universal's high-anticipated new Florida theme park, Epic Universe, may be a few years away still, but construction is well underway, and the projected opening time frame remains on schedule, despite Hurricane Ian's flooding and damage in Florida, Comcast Corporation executives said in their Q3 earnings report earlier this week.

"I'm especially excited for Epic Universe to open in the summer of 2025, which will transform Universal Orlando into a week-long destination," said Brian Roberts, chairman and CEO of Comcast, according to a transcript of the call. Comcast is the parent company of NBCUniversal, which oversees its theme parks in Florida, California, and internationally.

No other details or hints about the new theme park were discussed. In fact, it was mentioned by name three times during the call, according to the official transcript.

According to Universal Orlando Resort's website, Epic Universe promises "an entirely new level of experience that will forever change theme park entertainment" that will allow guests to "venture beyond their wildest imagination, traveling into beloved stories and through vibrant lands…"

In addition to the theme park, it will also have an entertainment center, hotels, shops, and restaurants. 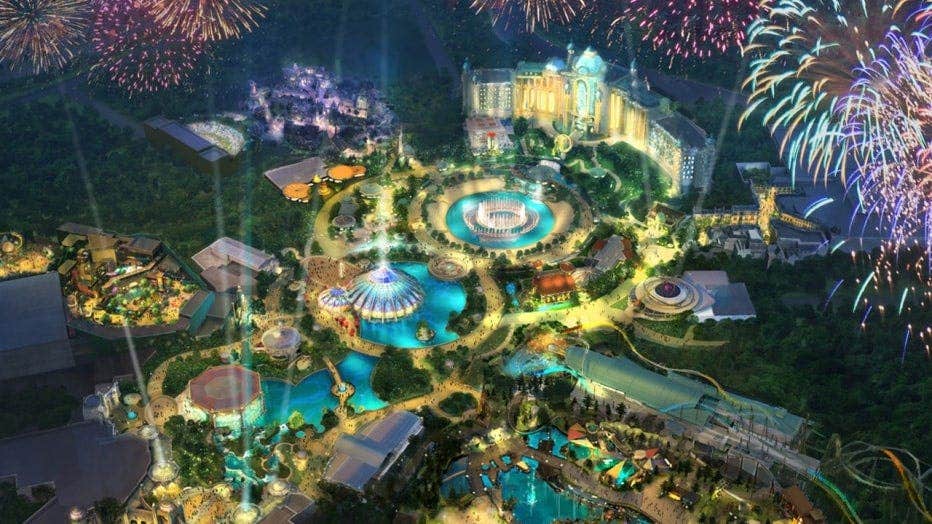 Concept art of what Epic Universe, Universal's newest theme park in Orlando, Florida, could look like. It's currently scheduled to open during summer 2025. Photo via Universal Orlando.

It's currently being built not far from Universal's other attractions – Universal Studios Florida, Universal's Islands of Adventure, Universal's Volcano Bay, Universal CityWalk – on a 750-acre lot, near Sand Lake Road and Universal Blvd.

As previously announced, Universal's Hollywood theme park in California will have the U.S. debut of Super Nintendo World in 2023. A similar land opened in 2021 at Universal Studios Japan.

That land will "transport theme park guests and Nintendo fans into the world of Mario, Luidi and Princess Peach to become part of their compelling universe." It will be located on the lower lot next to the Transformers ride, and will debut a new ride and interactive areas, according to FOX 11 LA.