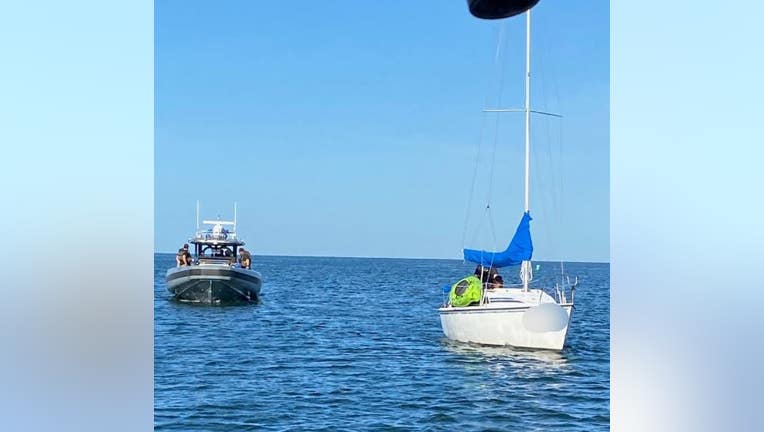 EDMONDS, Wash. - Police in Edmonds worked with multiple law enforcement agencies across the country to locate and arrest a suspect in Florida wanted on child rape charges in Washington state.

The investigation into the 34-year-old suspect began in January when the victims' mother filed a report to police. Following the investigation, police had probable cause to arrest him for second-degree rape of a child and first-degree child molestation.

The victims were the children of the suspect's ex-girlfriend, police say. The children were ages 11 and 13.

Edmonds Police worked with members of the Snohomish County Violent Offenders Task Force who have a partnership with the U.S. Marshals Service. They determined the suspect fled Washington and was on a boat in Florida.

U.S. Marshals Deputies located the suspect on his boat in the waters off the Florida Coast and took him into custody without incident on Sunday. Investigators say he was preparing to flee the country via boat.

The suspect is being held in Lee County Jail in Florida until he can be extradited to Washington state.  Police say he "made many admissions related to the case."

Detectives are continuing to investigate in an effort to determine if there may be other victims.