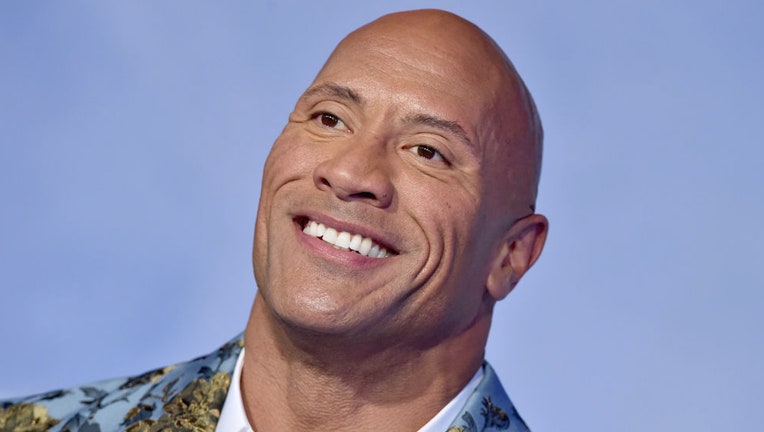 FILE - Dwayne Johnson attends the premiere of Sony Pictures' "Jumanji: The Next Level" on Dec. 09, 2019 in Hollywood, California. (Axelle/Bauer-Griffin/FilmMagic)

Dwayne "The Rock" Johnson isn't opposed to the idea of running for president.

The WWE athlete-turned-actor spoke out again about the idea of diving into politics after a poll claimed he has a massive show of support from Americans who would support him for president and Matthew McConaughey as Texas Governor.

He reacted to the results on his social media accounts Saturday, calling the public's support "humbling."

"🙏🏾🤯I don’t think our Founding Fathers EVER envisioned a six-four, bald, tattooed, half-Black, half-Samoan, tequila drinking, pick up truck driving, fanny pack wearing guy joining their club - but if it ever happens it’d be my honor to serve you, the people 🙏🏾💪🏾," Johnson tweeted.

This isn't the first time Johnson, 48, has mulled over a presidential run. Back in February, the "Jumanji" actor spoke to USA Today about the possibility -- and he didn't rule it out.

MORE NEWS: Will Smith, Antoine Fuqua movie 'Emancipation' pulls out of filming in Georgia due to voter laws

"I would consider a presidential run in the future if that's what the people wanted," he told the outlet. "Truly I mean that, and I'm not flippant in any way with my answer. That would be up to the people... So I would wait, and I would listen."

He further explained: "I would have my finger on the pulse, my ear to the ground."

The actor isn't known for speaking about politics often but broke his own protocol last year to endorse Joe Biden for president in his first public backing of a candidate.

After Biden's win, he shared another video to Instagram congratulating the president on his victory, admitting that he felt "emotional" when the news broke.

Meanwhile, McConaughey is another celebrity who's discussed a transition into politics. The Texas native has repeatedly been asked about running for governor in his home state, which he hasn't exactly ruled out either.