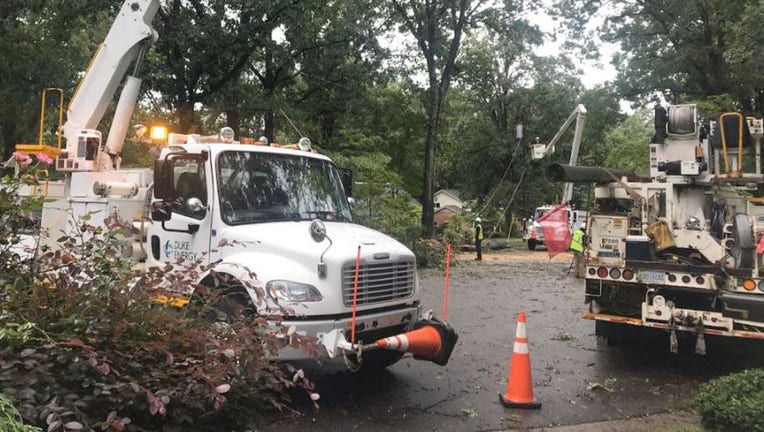 The Category 5 Dorian, which devastated parts of the Bahamas, did not make landfall in Florida. But Duke said it had to mobilize 7,800 employees and contractors to be able to restore power if the hurricane barreled into the state, as had been initially predicted.

In seeking approval Thursday from the Florida Public Service Commission to recoup costs from customers, Duke detailed its efforts to prepare for the hurricane, which avoided hitting the state when it turned north in early September.

Duke wants to begin collecting the money from customers in March. Under the proposal, residential customers who use 1,000 kilowatt hours of electricity a month would see monthly bills increase $5.34, with the increase lasting for a year, the utility said in a news release. Commercial and industrial customers would see increases between 2.6 percent and 7.7 percent.

RELATED: 5-year-old Bahamas boy swept away by wind after father puts him on roof to escape sharks amid Dorian

Utilities commonly use 1,000 kilowatt hours for residential customers as a benchmark, though actual electricity use varies widely. Duke has about 1.8 million customers in the state, including in the Tampa Bay region, Central Florida and North Florida.

Regulators in the past have regularly allowed utilities to recoup storm costs from customers, and the issue is addressed in a 2017 rate agreement reached by Duke.

Duke said in the news release that Dorian-related costs are estimated at $171 million, while costs for Tropical Storm Nestor, which hit the Panhandle in October, were $400,000. While Dorian did not make landfall in the state, it was blamed for knocking out power to about 24,000 Duke customers, mostly in Central Florida, the utility said.