A coffee shop in Orlando is left to pick up the pieces after someone smashed their storefront window, stole money, and left the place a mess.

ORLANDO, Fla. - A coffee shop in Orlando is left to pick up the pieces after someone smashed their storefront window, stole money, and left the place a mess.

Manager Ariel Palisin showed up for her shift earlier this week at the Drunken Monkey Coffee Bar and found the aftermath of what happened.

"It was terrifying," she said. "A little bit of a panic attack, yeah."

"They came in and basically stole all of our money, took our entire checkbook, and just threw glass all over the place," she said. Lights were also broken.

Workers suspect that whoever caused the damage used a metal chair to smash the window because they found the seat had a gash and a piece of tempered glass.

The thief, who disguised themselves, got away with about $800 in cash and caused an estimated $2,000 in damage, the cost to repair the window. 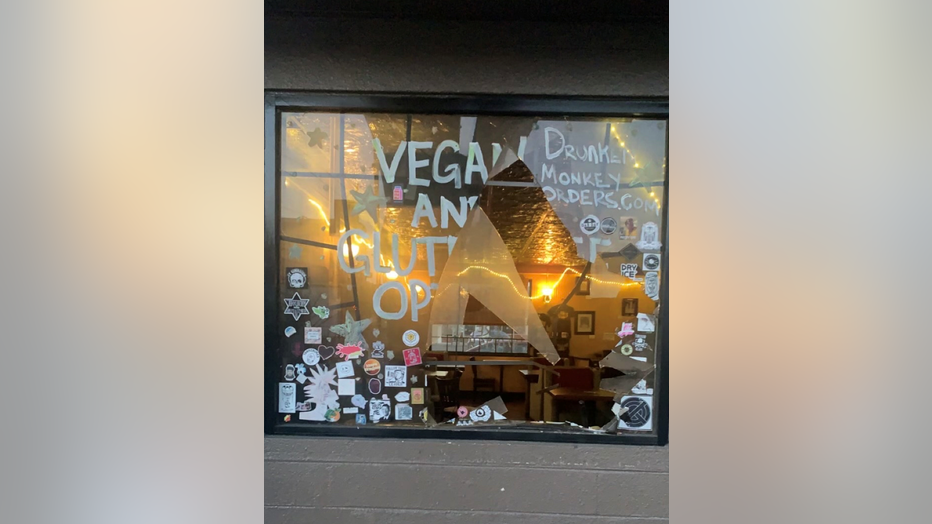 They started a GoFundMe page hoping to raise 2,000 to cover the cost to replace the window.

"The past few months have been a little hard on our business and this break in didn’t help the cause. We are only trying to raise $2000 for window repair anything that is left over will go to fixing or upgrading anything else to maximize our customer experience," organizers wrote.

So far, their loyal customers have shown up with immense generosity. More than $3,700 had been raised as of Wednesday night.

"We had regulars outside helping us and showing concern and making sure that everyone was okay, that we were safe, and just checking-in on us and stuff like that," said Mandy Roux, a barista at the coffee shop.

Jennifer Palacios said she was happy to help. "Just supporting this lovely little place in this time of need is really special," she said.