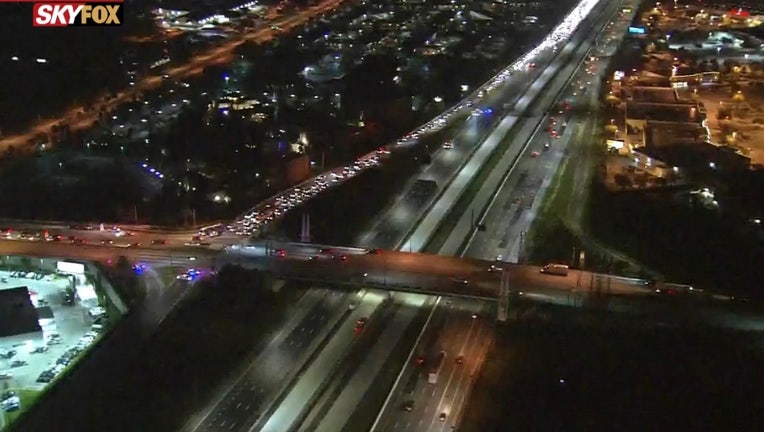 ORLANDO, Fla. - One person was killed in a crash on Interstate 4 (I-4) early Friday morning in Orange County, Orlando police said.

The car was traveling westbound when it hit a construction vehicle, killing the driver, police said. A car following behind swerved to miss the accident and was involved in the accident, but that driver is ok.

I-4 westbound lanes were shut down as officials tried to clear the scene. The lanes have since reopened.

In a separate crash on Landstreet Road, a person was killed after colliding into a semi-truck hauling a trailer.

The Florida Highway Patrol says a 60-year-old man was traveling eastbound on Landstreet Road on Friday morning. A semi slowed down to make a left turn into a driveway. FHP says for an unknown reason, the driver failed to slow down and struck the rear of the semi.

The driver was pronounced dead at the scene.