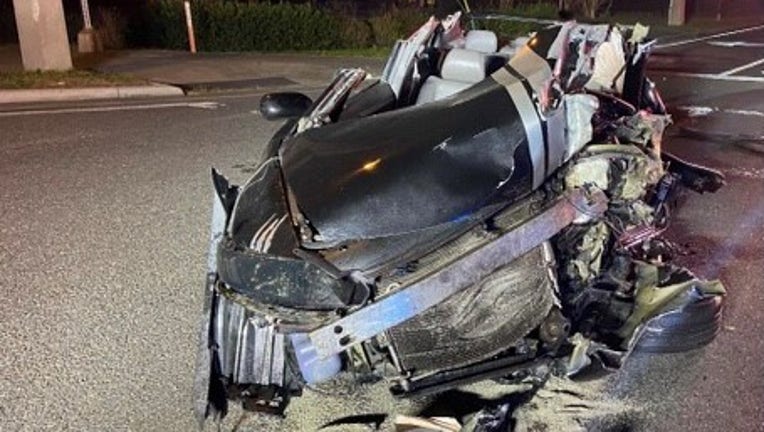 OCALA, Fla. - Firefighters say they rescued a driver from a vehicle that was hit by a semi-truck in Ocala, causing heavy damage.

The Ocala Fire Department said that they responded to an accident with entrapment at 12:47 a.m. on Tuesday. There was a two-vehicle crash involving a semi-truck and a sedan.

They reported heavy damage and the driver of the sedan was entrapped.

Crews were able to stabilize the vehicle and extracted the driver within 16 minutes. The driver was then trauma alerted to a nearby hospital. No other injuries were reported.