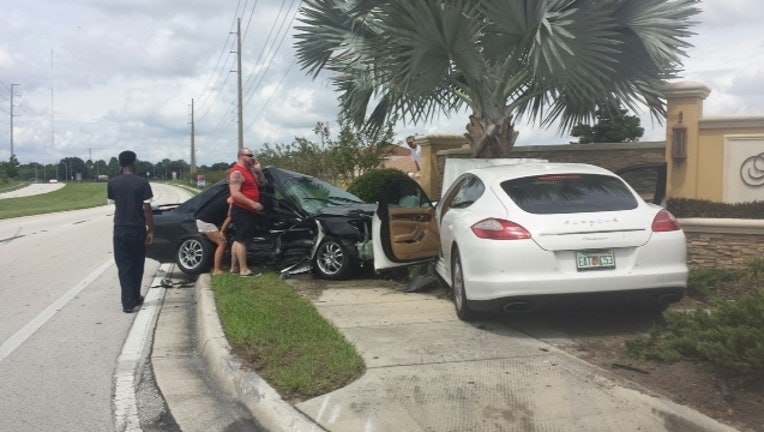 According to the sheriff's office, Amanda Lofton turned her Toyota Camry into the path of an oncoming Porsche along Winter Lake Road.

The Porsche driver attempted to swerve but the two vehicles collided and came to rest on a nearby sidewalk.

Lofton was pronounced dead at the scene.  Two people in the Porsche escaped without serious injury.

Investigators are not yet sure why Lofton turned in front of the oncoming car.