Disturbing video shows a woman throwing a dog off a motel balcony, police say. The dog survived the fall and landed on its feet.

DAYTONA BEACH, Fla. - A dog named Miracle that police say was thrown off a second-floor balcony at a Daytona Beach motel by his owner is starting a brand new life.

Volusia County Animal Services posted an update on the adorable German Shepherd who survived the fall last year. A judge granted the county's custody petition to keep Miracle and not return him to his owner. 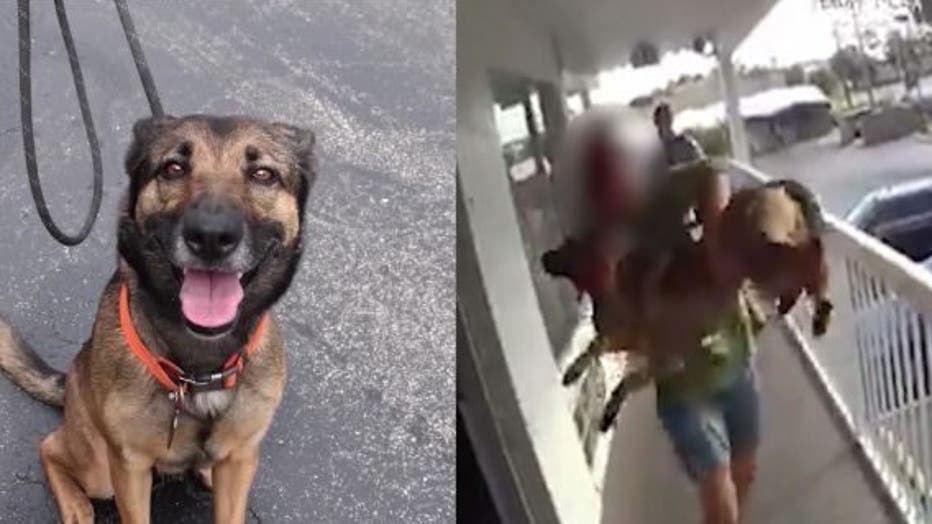 "A Volusia County judge ruled that the dog's owner, Allison Murphy, is either unable or unfit to adequately provide for the dog," animal services wrote. "Murphy is facing criminal charges of animal cruelty and resisting an officer with violence."

The judge also reportedly barred Murphy from owning or possessing any animals for 5 years.

But the story of Miracle is destined for a happy ending.

Miracle, who is a trained service dog, will now be living with a military veteran in need of a service animal.

Last year, law enforcement responded to the Motel 6 off International Speedway Blvd. in Daytona Beach after Miracle's owner was reported to be in distress.

When officers knocked on the door, they said the owner walked out and threw the dog over a railing from the second floor. The incident was captured on body cam video.

Miracle was uninjured in the incident.

"We're gratified that working with our law enforcement partners, we were able to intervene and protect Miracle from any further harm," animal services said.