Renee Urquhart’s dog Muffy is happy and doing well now, but it was a different story earlier this week when she says an alligator attacked the small dog.

LONGWOOD, Fla. - Renee Urquhart’s dog, Muffy, is happy and doing well now, but it was a different story earlier this week when she says an alligator attacked the small dog.

Urquhart says Muffy was wearing a harness when the alligator grabbed the little dog and pulled him down into the water near her home located near Wekiva Springs State Park. She says she pulled back hard, and the gator let the dog go.

When Urquhart got Muffy to the veterinarian, the doctor said it could have turned out much worse for both of them. 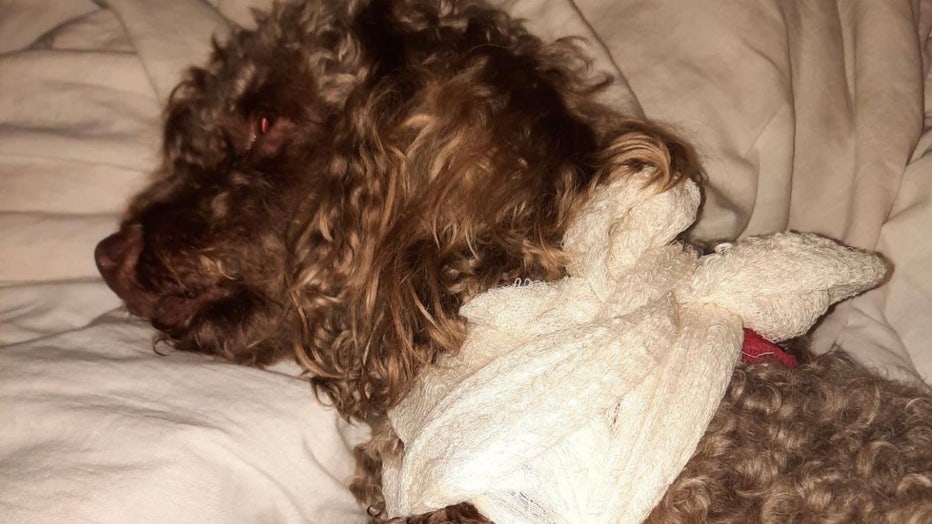 "The vet said we were extremely lucky, both of us," she said, "because it could have attacked me as well."

She said Muffy’s wounds weren't serious and the little dog should make a full recovery.

"He's on antibiotics, and anti-anxiety pills, and anti-inflammatories. So he's going to be fine."

She reported the attack to the Florida Fish and Wildlife. Urquhart says families come to the park all the time, and she doesn't want to think what could happen if someone's child gets too close to the water.

"I was standing within three feet of my dog," she said. "Had I not been right there, it would have been gone."