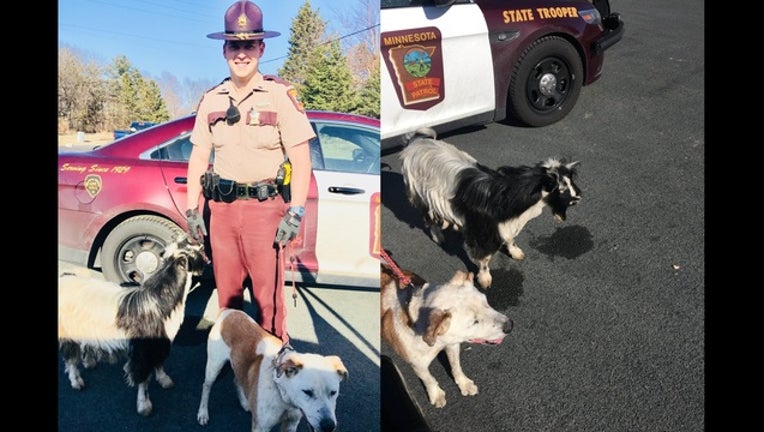 HASTINGS, Minn. (KMSP) - A pair of unlikely animal friends were turning heads and causing trouble for motorists on Highway 61 near Hastings, Minn., Saturday, though with the help of a police officer the animals were taken to safety until an owner can be located.

Several drivers stopped to corral a dog and a goat that were spotted walking along the highway, though it was not immediately clear where the pair had come from.

A Minnesota State Patrol officer "kept the two pals company until the Humane Society showed up," according to a tweet from the agency.