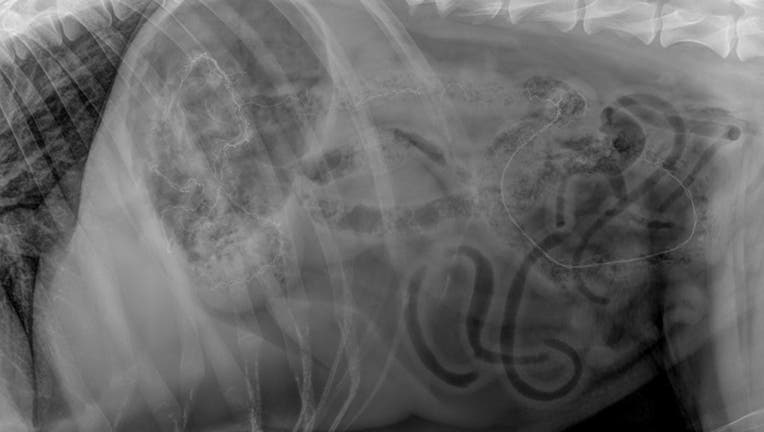 An X-ray of Benji's stomach.

An 8-year-old German Shepherd in Manchester, England, was a very naughty boy when he ate 3-feet of tinsel and later required emergency surgery to remove the holiday decor from his stomach.

Olivia Mullen, 24, said that the canine, Benji, has never before eaten something he wasn’t supposed to.

“This is the first time he’s ever done anything like this. He doesn’t even go after shoes or toys, so it was a total surprise,” she said in a Vets Now blog post, noting the incident occurred even before her family’s Christmas tree was up.

“He had actually gone rooting through a box. I was working and my [mom] called me to say he had eaten some tinsel,” Mullen, an animal care assistant at Vets Now in Manchester, said.

X-rays showed roughly 3-feet of the tinsel inside of Benji, who then underwent emergency surgery at the hospital. The procedure was a success and the dog is now recovering.

“It was really quite horrific,” she recalled. “I couldn’t believe he had eaten so much tinsel. You could clearly see it was all tangled up and I knew right away he’d need emergency surgery." 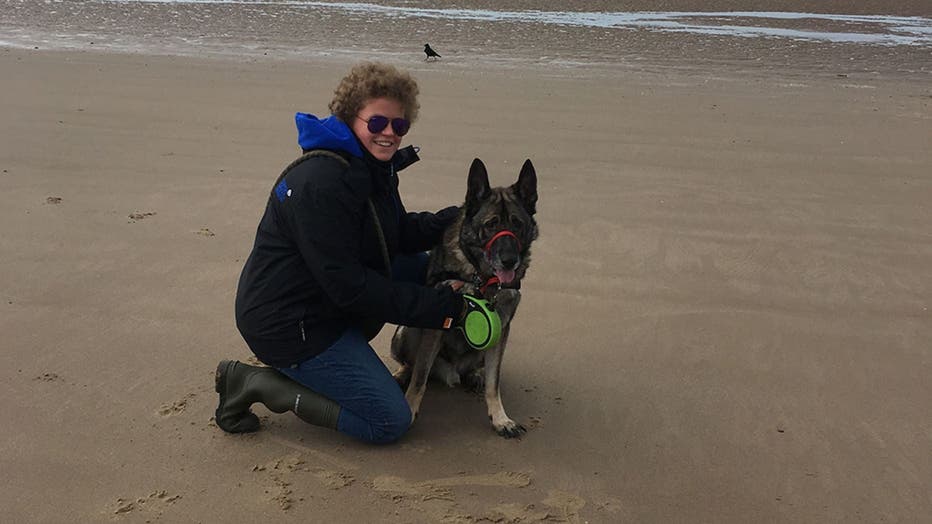 Benji and his owner, Olivia Mullen.

David Owen, the lead emergency veterinarian who treated Benji, warned pet owners that shiny tinsel can attract both dogs and cats alike. “But like anything stringy, it’s extremely dangerous if swallowed,” he noted.

MORE NEWS: Home for the holidays: Dog gets adopted in time for Christmas after 500 days in animal shelter

“In veterinary medicine, we call this a linear foreign body. If the tinsel anchors itself in the stomach, it can’t then pass through the intestines and can slowly cut through the tissue like cheese wire,” he said. “This can cause severe damage to the pet’s intestinal tract.”

Despite treating sick animals for a living, Mullen said she was an “absolute mess” when it came to Benji’s health.

“I was so upset and worried, but I knew he was in the best possible hands,” she added.