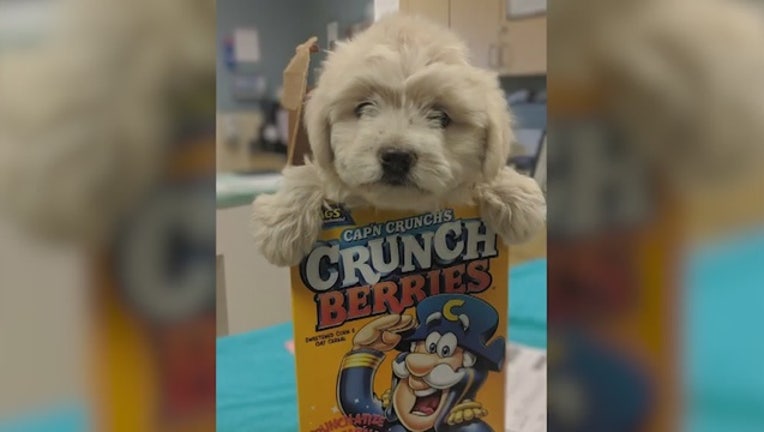 RIVERSIDE, Calif. (FOX 11) - A little dog who was stuffed into a cereal box and dropped off at an animal shelter in Riverside County has now been adopted.

The adorable pooch was brought to the shelter last week in a Cap'n Crunch cereal box; that picture has now gone viral.

The 9-week-old puppy was found abandoned at Bryant Park and was taken to Riverside County Animal Services infested with fleas.

Since Razz Berry made her debut on social media, the shelter says phones have been ringing off the hook to adopt her.

Razz Berry was put up for adoption Saturday and within a few hours she found her forever home. The shelter says they used a lottery system in order to find a qualified family.

Shelter officials say roughly 20 families came to their shelter location in Jurupa Valley Saturday morning to adopt Razz Berry—but the Sheets family of Riverside were the lucky ones who got to take her home. They picked the highest number in the lottery.