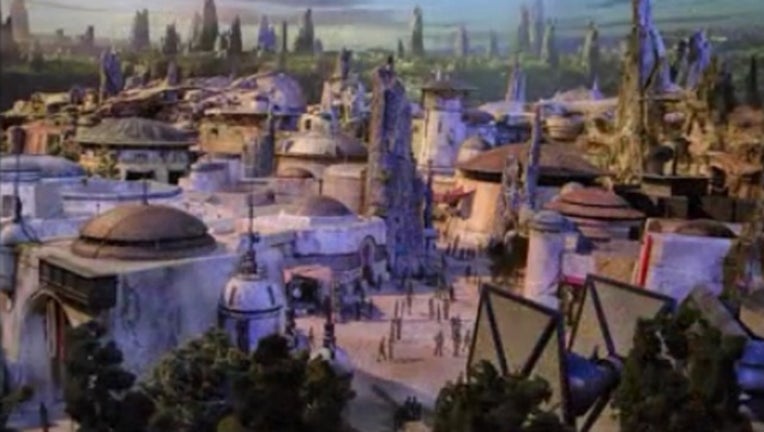 FOX NEWS - Who knew there was such a market for "Star Wars"-theme sporks?

Less than a month after the opening of Disneyland's Star Wars: Galaxy's Edge, items seemingly stolen from within the park — and especially its eateries — are now selling for big bucks on eBay.

And for clarification, these are not items that can be purchased at shops or restaurants within Star Wars: Galaxy's Edge, but rather free items provided with meals and drinks, such as flatware, menus and coasters, the Orange County Register reports.

Perhaps the most popular items pilfered from Star Wars: Galaxy's Edge are the metal sporks provided at the Docking Bay 7 Food and Cargo food court, with one seller asking as much as $190 for a single, asymmetrical spork. Many others are asking more than $100 for the same item.

Some of the other hot items include maps of the Black Spire Outpost (provided by the park), reservation cards for Oga's Cantina (given out to reserve places in a virtual line) and crew cards for the Millennium Falcon: Smugglers Run attraction (which designates which guest sits where).

Laminated menus and coasters from Oga's Cantina have also popped up online, sometimes in a convenient set.

The Orange County Register reports that Disneyland has now stationed a park employee at the exit of Oga's Cantina to stem the flow of tableware and menus leaving the restaurant.

The outlet writes that several of the more attractive items are now no longer available, but those items were not specifically identified. A representative for Disneyland was not immediately available to confirm.

Those wishing to obtain impractical, somewhat silly souvenirs from Galaxy's Edge can still legally purchase customizable droids for $25,000 a pop.