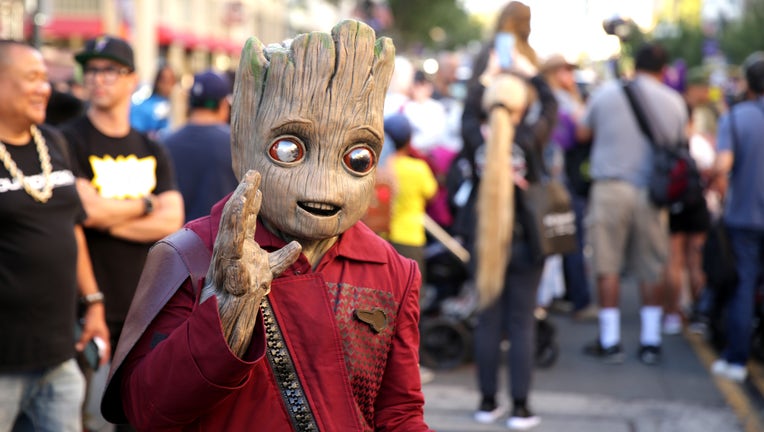 According to Walt Disney Imagineering, the robot can also take on the role of our similarly-sized Disney characters.

"Its tightly integrated design provides over 50 degrees of freedom in a compact platform that can walk, gesture, and emote in style," Walt Disney Imagineering wrote in a YouTube post.  "Using custom authoring tools that combine whole-body motion planning and traditional character animation, artists can quickly bring robotic characters to life with expressive motions and interactive behaviors."

While this Baby Groot robot is being used for testing "unique traits, gaits, and capabilities," Disney Imagineers emphasized that there are no immediate plans for use in Disney theme parks.

Baby Groot was "born" at the end of the first Guardians of the Galaxy film, and the extraterrestrial, treelike creature is a tiny, scene-stealing superhero in "Vol. 2."

Voiced by Vin Diesel, the computer-generated character usually says just one thing — "I am Groot" — but it means everything, and his intergalactic comrades always seem to understand his (often foul-mouthed) message.

Walt Disney World in Florida will soon welcome the new Guardians of the Galaxy: Cosmic Rewind roller coaster in the World Discovery neighborhood of Epcot.

Disney says, "the adventure will start in the 'Galaxarium,' a planetarium-like exhibition that explores the similarities and mysteries of the formation of Earth's galaxy and Xandar. You'll be invited to learn more about Xandar's treasures – until the moment when the Guardians of the Galaxy arrive, and adventures across the cosmos ensue."

Galaxy: Cosmic Rewind is described as a family-friendly storytelling coaster with a groundbreaking ride system with vehicles that rotate 360 degrees and can do a reverse launch.