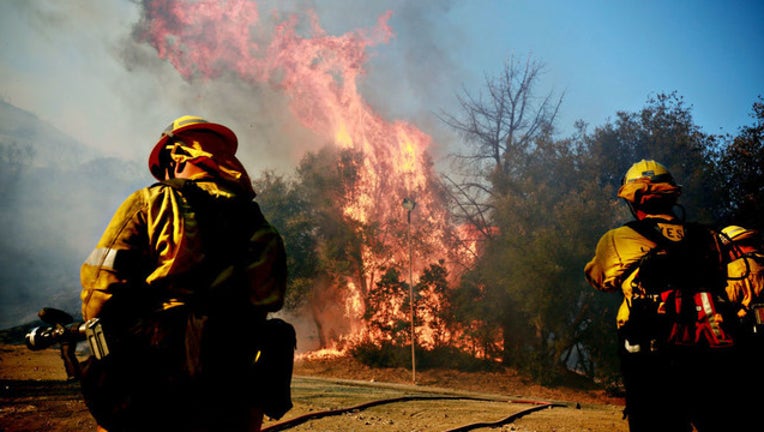 Firefighters battle a blaze at the Salvation Army Camp on November 10, 2018 in Malibu, California. (Photo by Sandy Huffaker/Getty Images)

(FOX 11) - The Walt Disney Company donated $500,000 to help those impacted by wildfires burning in California, the company announced Tuesday.

The donation will go to support the California Community Foundation’s Wildfire Relief Fund, which supports intermediate and long-term recovery efforts from major wildfires as well as preparedness efforts. Funds will also support the California Fire Foundation, a nonprofit that provides emotional and financial assistance to firefighters, their families and the communities they protect.

"The firefighters are true heroes, and we honor their tireless commitment as they continue to battle these devastating wildfires,” said Disney Chairman and CEO Bob Iger said in a news release. "Our hearts go out to the families and communities that have been so severely affected."

In addition, contributions from Disney employees to relief and recovery organizations will be matched dollar-for-dollar by Disney Employee Matching Gifts, the company said.

The Woolsey Fire burning in Los Angeles and Ventura counties has burned more than 97,000 acres since igniting on November 8. Fire officials said an estimated 483 structures have been destroyed in the blaze and 57,000 more remained threatened.

At least 48 people were confirmed dead in the Camp Fire, burning in the Northern California, making it the deadliest blaze in state history.