ORLANDO, Fla. - The tropics are popping with four systems being monitored as we approach the peak of hurricane season on September 10th.

Mindy, which made landfall over St. Vincent Island, Florida, as a tropical storm, is now said to be post-tropical and accelerating into the Atlantic and away from the United States. The system will dissipate completely by Friday night or Saturday morning, the National Hurricane Center (NHC) said. 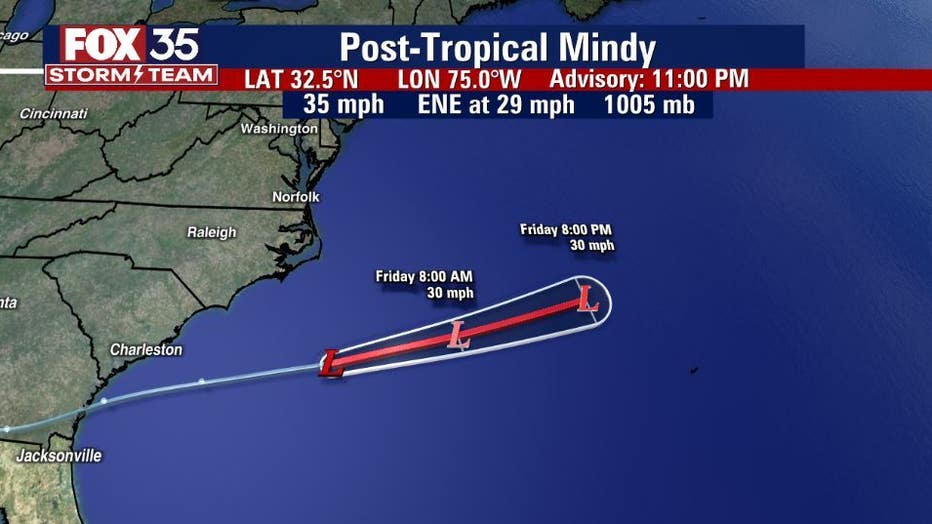 Meanwhile, the NHC said that Larry continues to move through the Atlantic as a Category 1 hurricane with maximum sustained winds of 90 mph. It should pass east of Bermuda on Thursday. It will then go near or over southeastern Newfoundland by Friday or Saturday. Gradual weakening is forecasted but it should remain a hurricane. 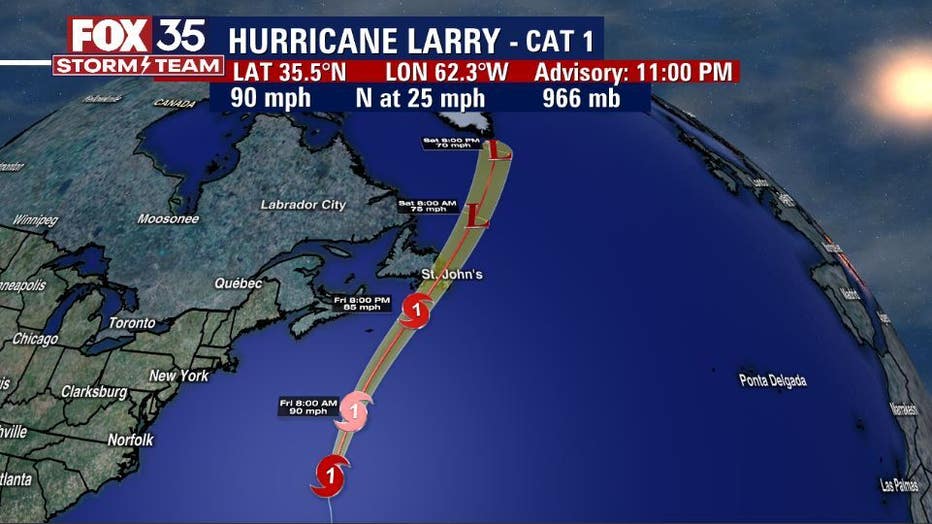 Even at this distance, Larry is creating swells that will funnel into Central Florida’s surf zone. Conditions will be optimal for experienced surfers but other beachgoers should be careful. A rip current advisory remains in effect along Florida’s coast until further notice. 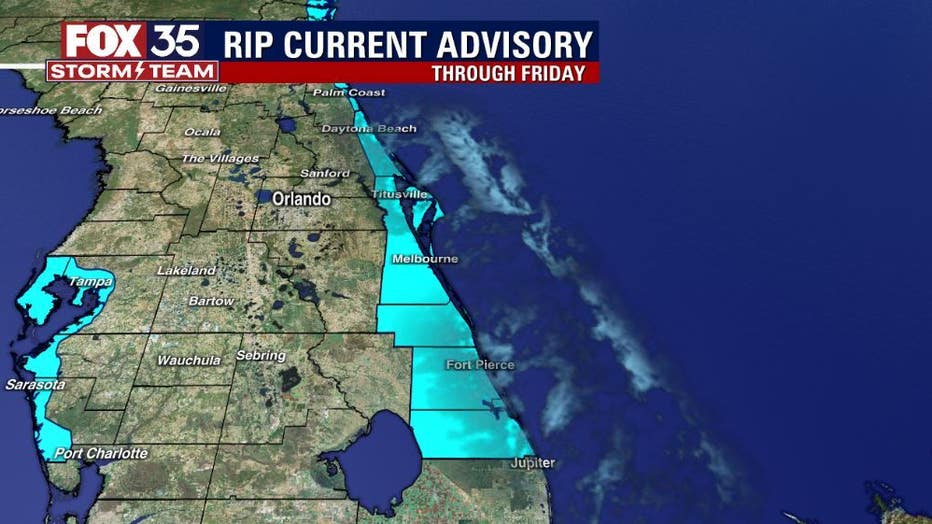 The NHC said that they are watching two tropical waves as well. 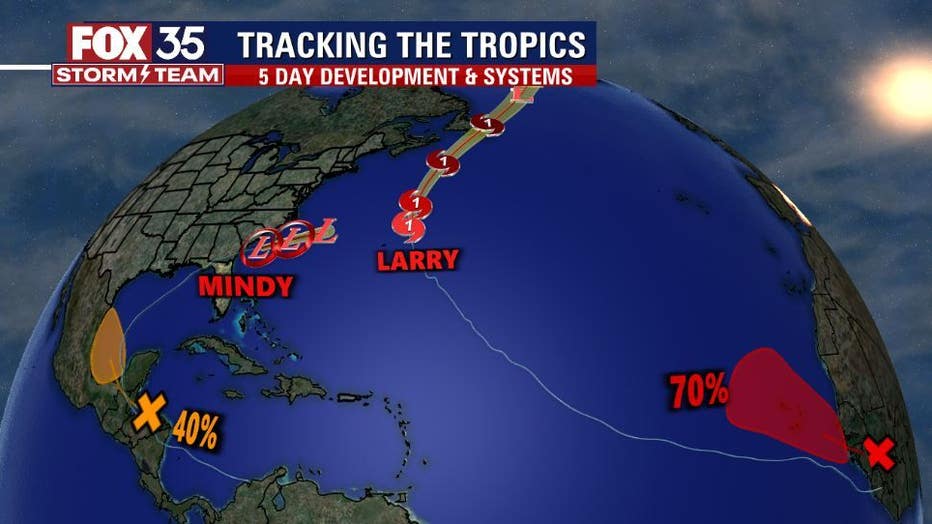 One is located near Honduras and over the Caribbean Sea. The NHC said it is forecasted to move into the Bay of Campeche and merge with a pre-existing surface trough located over the southwestern Gulf of Mexico by the weekend. Environmental conditions are said to be conducive to support some gradual development. A tropical depression could form by early next week before the system moves inland over mainland Mexico. Development chances are 20 percent over the next two days and 40 percent over the next five. 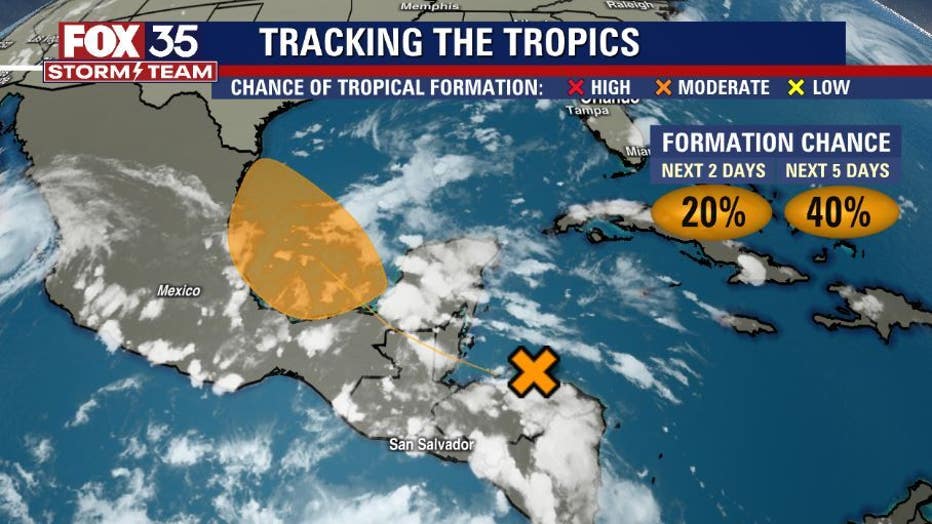 The other tropical wave is expected to emerge off of the west coast of Africa on Friday or Saturday, the NHC said. Environmental conditions are expected to be conducive for development and a tropical depression is likely to form by early next week as the system moves west-northwestward over the far eastern Atlantic near the Cabo Verde Islands. Development chances over the next two days are at 30 percent, increasing to 70 percent over the next five days. 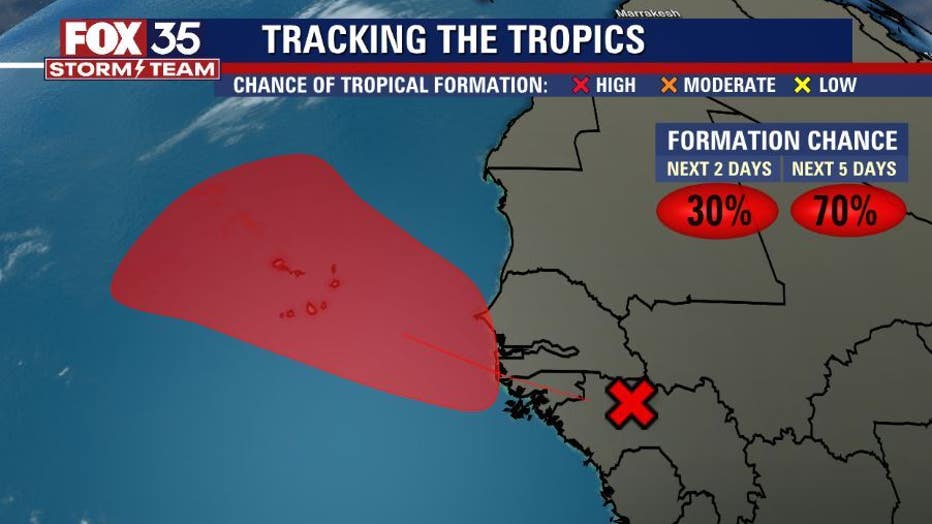