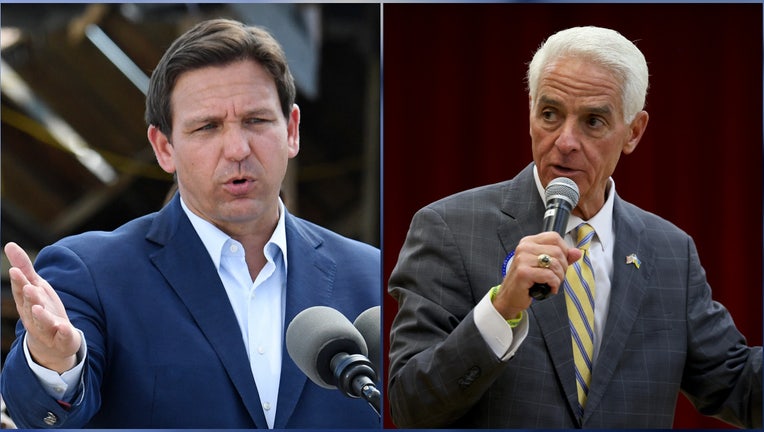 FORT PIERCE, Fla. - Republican Ron DeSantis and Democrat Charlie Crist will square off in their only debate in the race for the next governor of Florida Monday night.

During the one-hour debate, candidates will tackle the most important issues facing Floridians, and use their answers to help guide your decision on Election Day.

The debate will be held in downtown Fort Pierce and is scheduled to begin at 7 p.m.

Most polls have shown incumbent DeSantis holding a lead over Crist.

The debate is happening the same day as early voting kicks off for most Central Florida counties ahead of the Nov. 8 general election.

How to watch the 2022 Florida governor debate?

Viewers can stream the debate live at FloridaDebate2022.com.