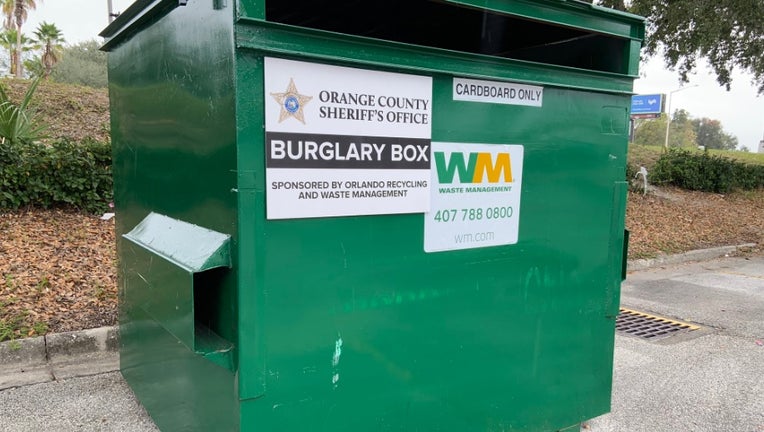 ORANGE COUNTY, Fla. - Items like TV's and computers are hot gifts during the holidays -- and they're also hot on a burglar's list to steal from you.

To help Central Florida residents avoid becoming victims of holiday crime, the Orange County Sheriff's Office has set up several ‘burglar boxes’ where residents can throw out their big cardboard boxes instead of leaving them out in front of their house.

"Done unwrapping Santa’s gifts? Don’t be a target for burglars - toss your boxes in one of our #BurglarBoxes," the Sheriff's Office warns.

You can find a burglar box at one of the following locations:

More news for you:

Budweiser Clydesdales to make appearances in Central Florida this month