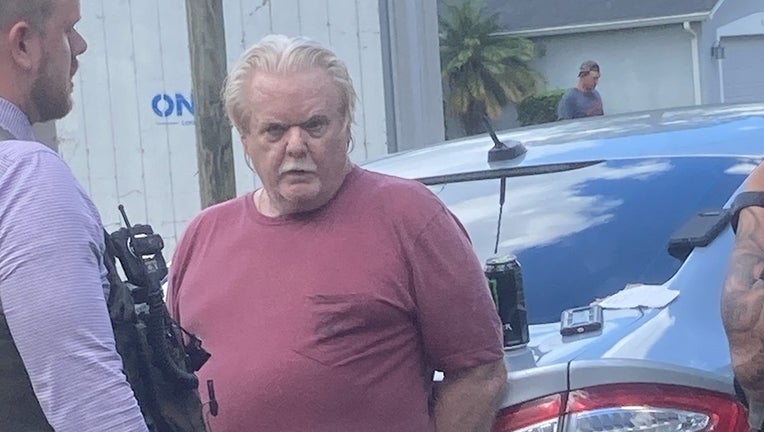 FLAGLER COUNTY, Fla. - A Flagler County man has been arrested after deputies say he attacked his roommate with a knife and hammer.

Deputies arrested 63-year-old Steven Schneider for Attempted Murder. They say on Wednesday they responded to a call about a stabbing on Berkshire Lane in Palm Coast. The caller said that his neighbor showed up at his house and asked him to call 911 saying Schneider attacked him.

"Responding deputies arrived at the residence to find the victim with several lacerations. Both of the victim’s hands were bandaged and bleeding with lacerations to his shoulder and multiple bruises on his back and face," the sheriff's office said.

The victim told deputies that he and his mother were inside the master bedroom watching television when Schneider walked into the bedroom and began looking through his closet.

"When asked what he was doing Schneider charged at him with a large knife in one hand and a hammer in the other. The victim was struck by the hammer and stabbed with the knife numerous times during the struggle, but the victim ultimately was able to leave the residence and flee to safety," deputies said.

The victim ran to a neighbor’s home and law enforcement was called.

The victim was transported to the hospital with non-life-threatening injuries.

"This was remarkable investigative work by everyone involved," Sheriff Staly said. "Thankfully the injuries the victim sustained do not appear life-threatening and we hope he will make a full recovery."