The Orange County Sheriff's Office said a small plane crashed in the eastern part of the county on Monday evening.

LAKE MARY, Fla. - The Orange County Sheriff's Office said a small plane crashed in the eastern part of the county on Monday evening.

The single-engine Piper PA-28 landed in a pond near Alafaya Trail and the East/West Expressway around 8:30 p.m. after the pilot reported engine trouble while inbound to Executive Airport in Orlando, Fla. 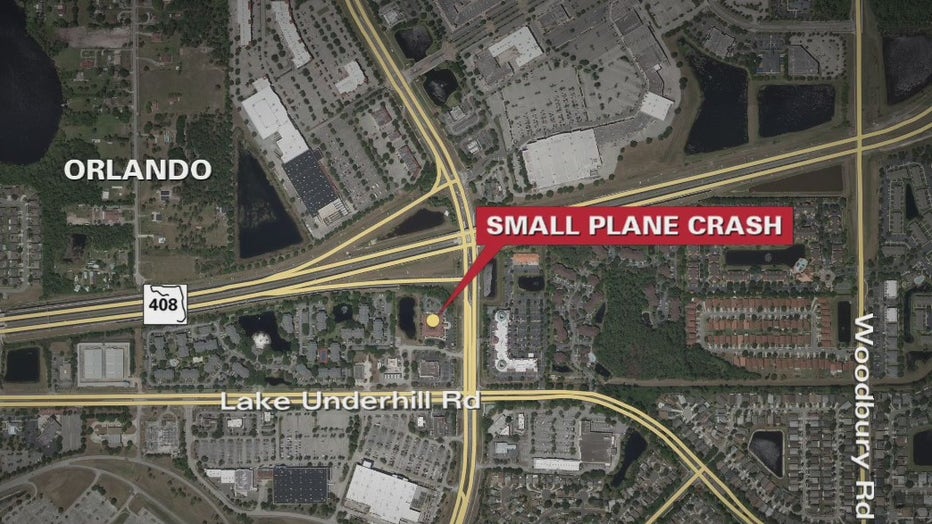 Two people on board the plane managed to get out of the plane themselves and walk into the nearby Centra Care, according to deputies. The two occupants of the aircraft were both transported to a hospital so they could be checked out, the Sheriff's Office said.

It is not known what may have caused the crash, but the Federal Aviation Administration has been notified and will assist in the investigation.

"The FAA and NTSB will investigate. The NTSB will be in charge of the investigation," said FAA spokesman Ian Gregor.

According to FlightAware.com, the plane that crashed took off from Hollywood, Florida, right around 7 p.m. and was reported to be last seen near Orlando.

The FAA said that the pilot reported engine trouble while on the way to the Orlando Executive Airport, which is about 11 miles from the crash scene.

FOX 35 was at the scene Tuesday as the plane was towed away.

Fortunately, the two people on board are expected to be okay.