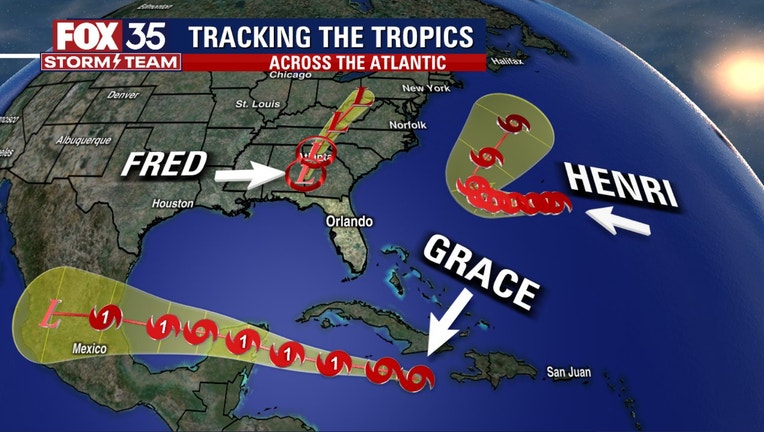 After making landfall along Florida's Gulf Coast Monday afternoon near Cape San Blas, Fred has weakened into a tropical depression.

As of late Tuesday, it remained a tropical depression, bringing heavy rain and flooding to parts of the Appalachian Region.

The depression will weaken more over the next couple of days and degenerate into a remnant low by Tuesday night. On Wednesday, they expect it to merge with a frontal system. 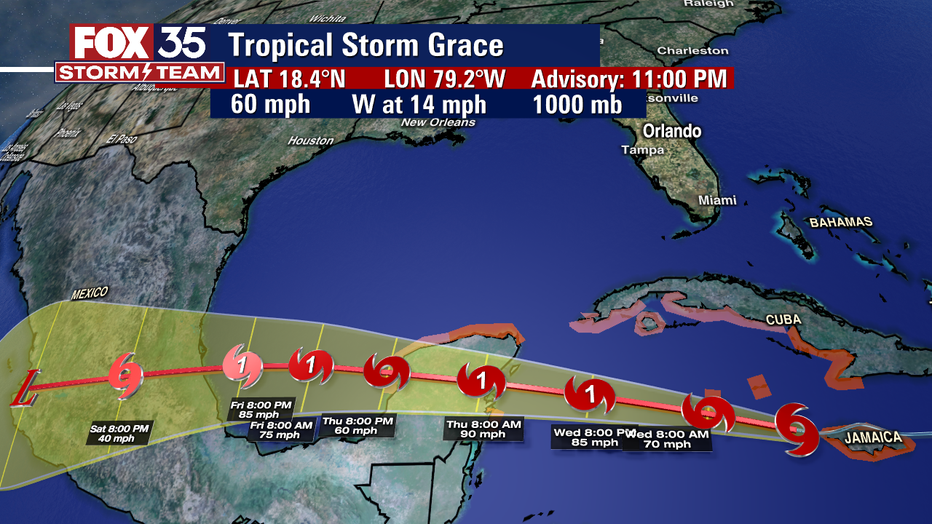 Meanwhile, the NHC said that Grace is continuing its track towards Mexico.

At 11 p.m., the center of Grace was located about 145 miles east-southeast of Grand Cayman.  Its present movement was to the west at 14 mph.

A general westward to west-northwestward motion is expected for the next several days. Grace is forecast to move near or over the Cayman Islands early Wednesday, and then approach the Yucatan peninsula of Mexico late Wednesday or early Thursday.

The tropical storm reportedly has maximum sustained winds of 60 mph with higher gusts. Strengthening is expected and Grace could be near hurricane strength when it approaches Mexico.

On the forecast track, the center of Grace will continue to move near the northern coast of Jamaica this afternoon.  Grace is forecast to strengthen into a hurricane on Wednesday.

After landfall, Grace should diminish into a depression. 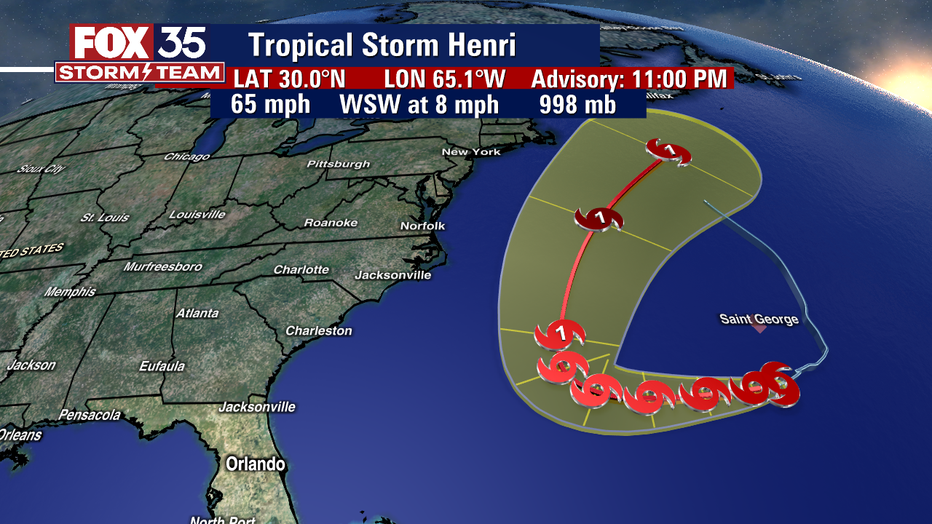 Then there is Henri, who FOX 35 Storm Team Chief Meteorologist Jayme King believes will stay at sea.

The NHC says the tropical depression is moving at west-southwest at 6 mph with maximum sustained winds of 50 mph. It could strengthen more over the next day.

Henri will cause an increase in ocean energy towards Florida as its swell will travel a pretty good distance. Chief Meteorologist King believes the surf at our beaches will increase this weekend.