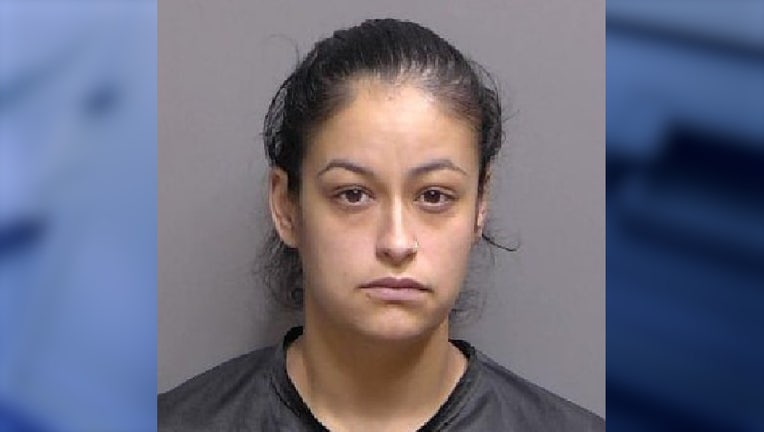 FLAGLER COUNTY, Fla. - A Central Florida mother is accused of handcuffing her daughter to a steering wheel and leaving her in a hot car as well as other disturbing acts of child abuse, according to the Flagler County Sheriff's Office.

According to a charging affidavit, Florentino found out her daughter was involved in "inappropriate activity on her cellphone" and went to pick her up from school. When Florentino returned to work at a hotel, a co-worker told deputies that she saw Florentino's daughter handcuffed to the steering wheel and that Florentino got out of the vehicle and walked inside the building. She reportedly returned to the car a short time later, handcuffed her daughter to her wrist, and brought her inside.

The co-worker told deputies that she observed Florentino writing an inappropriate phrase on her daughter face and then cut her shoulder-length hair into a "military" cut. The report states that another employee working at the front desk of the hotel saw Florentino shove a pipe into her daughter's mouth.

Deputies went to Florentino's home to ask her about the incident, but said she denied them permission to speak with her daughter. When they tried to detain her, deputies said she resisted and yelled several profanities at them. At one point, they said she began hitting one of the deputies with a closed fist in an effort to break free.

Florentino was arrested for child abuse, battery on a law enforcement officer, and resisting without violence.