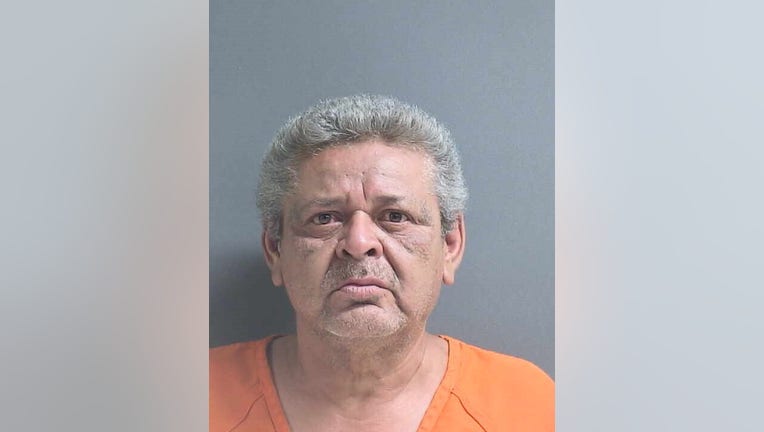 DELAND, Fla. - A man has been arrested and charged with stabbing and injuring his wife at a Central Florida motel room, deputies said.

The Volusia County Sheriff’s Office said that deputies responded to the Budget Inn on E. New York Avenue in DeLand around 4:10 p.m. on Sunday. They found a 48-year-old woman with multiple wounds consistent with being stabbed or cut.

They said that the victim was taken to the hospital, where she underwent surgery and was listed in critical but stable condition. Meanwhile, her husband, 58-year-old Alexander Fuentes, told detectives that he stabbed her in self-defense after she started hitting him.

"However, he didn’t have any visible injuries consistent with being struck," the Volusia County Sheriff’s Office said.

Fuentes was arrested on a charge of aggravated battery with a deadly weapon.