Deputies: 2 dead after shooting in Leesburg

Lake County deputies are investigating after two people were shot and killed in Leesburg on Wednesday.

"We don't know exactly how all this played out," said Lake County Sheriff's Lt. John Herrell. "We have not ruled out a home invasion robbery. There are signs to the front door that appear to be from forced entry."

Deputies said 41-year-old Jammy Casteel, who lived at the house, was able to call 911 before collapsing from gunshot wounds. 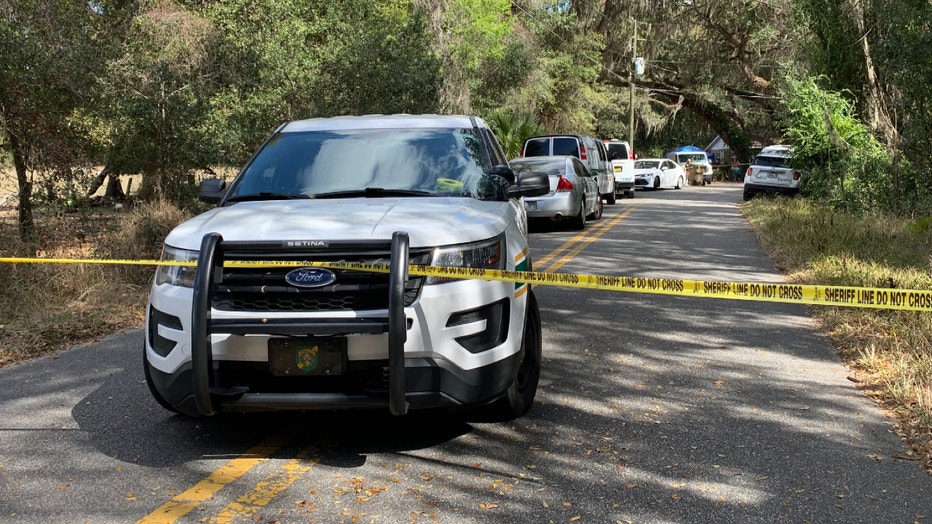 "Once our deputies arrived in the early morning hours, we found Casteel injured on the front porch. He was transported to UF Health Leesburg, where he was later pronounced deceased. We found one subject inside the home, deceased," Herrell said.

Detectives believe the unidentified subject was brought to the home in a vehicle that fled the scene before law enforcement arrived. No vehicle description has been obtained as yet.

Deputies are trying to find whoever brought that second man to the house.

FOX 35 News did some digging into Casteel's background.  He has a criminal history going back to 1997, including drug charges and grand theft.

Anyone with information is asked to call the Sheriff’s Office or Central Florida Crimeline at 1-800-423-TIPS (8477).