Shipments of the drug of hydroxychloroquine have been delivered to Central Florida.

WINTER PARK, Fla. - New shipments of a drug designed to fight the coronavirus have arrived in Central Florida.

The arrival comes despite some potentially dangerous side effects that have been discovered.

Mike Johnson, from Taylors Pharmacy, got his hands on it as fast as he could.

“Initially, people panicked and so everybody wanted it. The phone was ringing off the hook,” Johnson said.

But in recent weeks, “that’s slacked off and I think it’s because there’s a lot of restrictions in a lot of states,” he said.

Not to mention, two clinical trials of the drug were halted recently after heart complications were discovered.

But Monday, the U.S. Department of Justice released a letter to a U.S. drug company supporting the distribution of critical medicines, including hydroxychloroquine, to treat COVID-19.

So, what’s the deal with this drug? 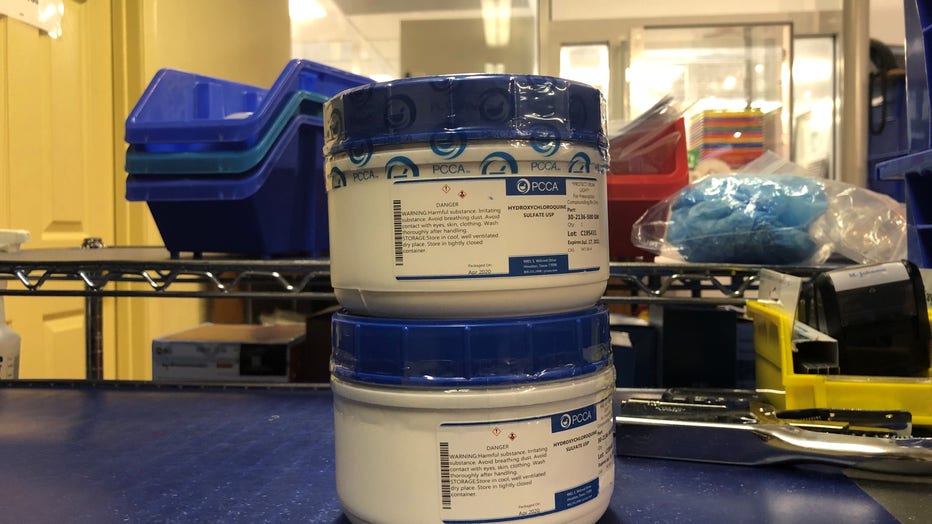 “My patients have fared great," he said. "I haven’t had any major side effects. I have had close monitoring and that’s key.”

The anti-malaria drug has been around for years and is currently used to treat lupus and rheumatoid arthritis.

Mike Johnson is using his supply for those patients and whoever else receives a prescription from their doctor.

Dr. Littleton says hydroxychloroquine appears to work best for confirmed coronavirus patients with no history of heart or other severe health issues.

According to the FDA, there are currently 72 different clinical trials right now for potential COVID-19 treatments.