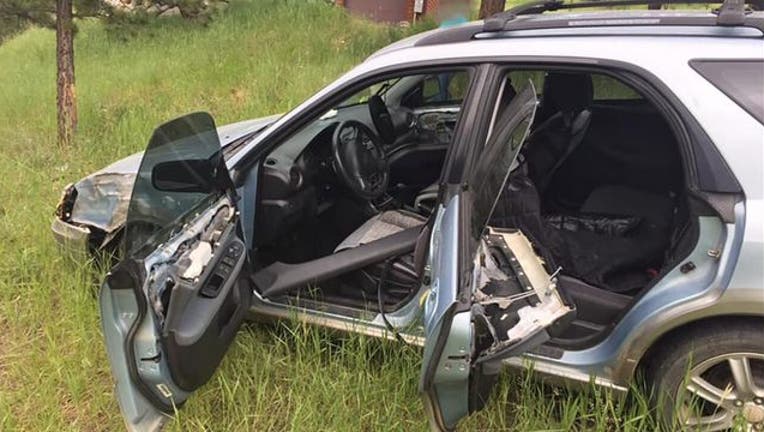 FOX NEWS - Colorado police are reminding drivers to keep their car doors locked after a "four-legged suspect" broke inside a vehicle and wrecked it during a short joyride last week.

The animal jumped in and became trapped when the door closed behind it.

The bear dug through all four doors and ripped apart the paneling. The animal then "apparently butt-shifted the car into neutral," police said. The vehicle rolled backward out of the driveway and continued about 100 feet downhill.

On the way down, the vehicle swiped a tree, police said. While the crash made the car "undrivable," it "popped open a door" that allowed for the bear's escape.

Bears will "will explore all possible food sources" – including vehicles and homes – and won't stop until they succeed, Colorado Parks and Wildlife warned on its website. Drivers should take care not to leave food or garbage inside their cars during bear season, experts have said.