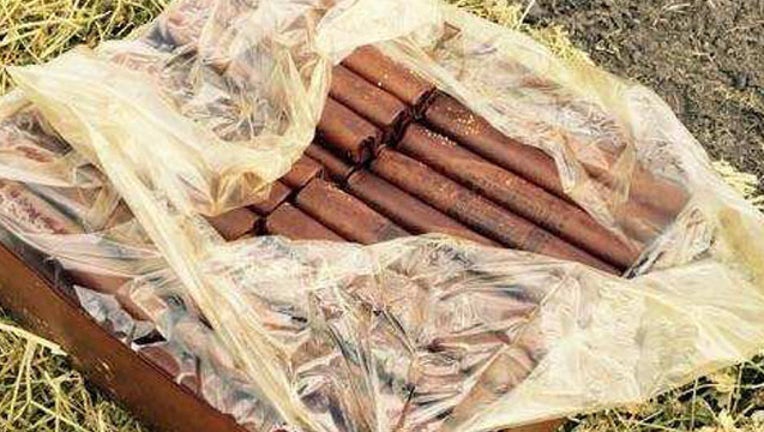 The Polk County Sheriff's Office reports that a family member of the Auburndale home's recently deceased owner was clearing out the shed Tuesday night when the dynamite was discovered. A spokeswoman says the explosives appeared to be at least 40 years old.