DEARBORN, Mich (FOX 2) - UPDATE (8:30 p.m.) Dearborn police have one person in custody following an hours-long standoff with a gunman at a hotel on the city's west side.

A dispute over money led to a shooting and barricaded gunman situation at the Dearborn Hampton Inn.  The situation started sometime around 1:30 p.m. Thursday when police were called to the hotel at 22324 Michigan Ave. about possible shots fired.

Michigan Avenue will remain closed as the investigation continues in the area near the hotel between Military and Howard.

"There was some type of dispute with the hotel staff," Shahin said earlier. "We believe it revolved around money."

A shooting by a suspect armed with a long gun may have been sparked by a dispute over money with a hotel worker, police say.

One person was shot before the suspect barricaded himself in the hotel. Police would not confirm the victim's condition, though sources have confirmed that the victim was killed.

When asked if the victim was a hotel employee, Shahin said he could not confirm that.

After the victim was shot, Michigan State Police said the suspect was still shooting but had since stopped. The hotel has been evacuated, and the surrounding area was also cleared. 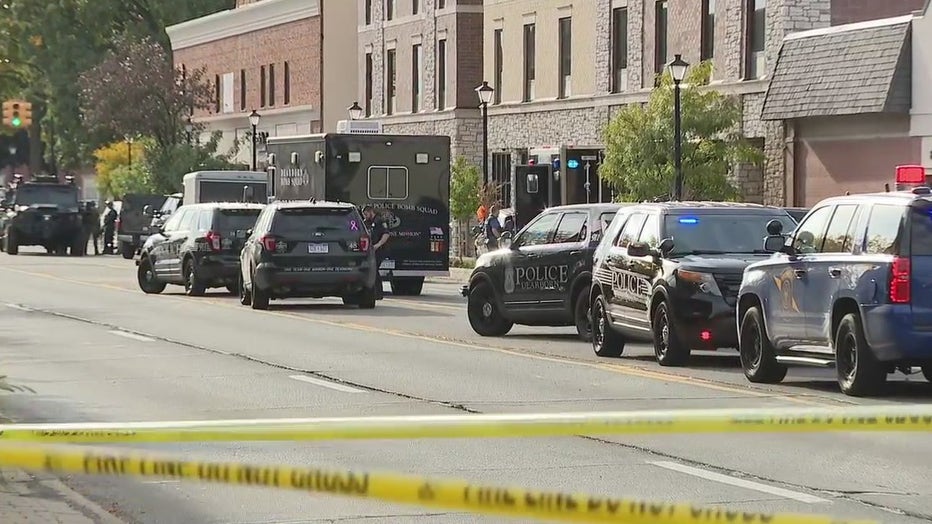 As of 5 p.m. Thursday, the suspect, who is armed with a long gun, is still barricaded inside the hotel room. Police are reminding people to stay away from the hotel, as it is a dangerous area.

"I know that our curiosity gets to us, and we want to see what's happening, but this is a very fluid situation," said Lt. Michael Shaw, with MSP.

Police are providing an update after a shooter opened fire at the Hampton Inn on Michigan Avenue in Dearborn.