Daytona Beach Police step up to help family in need

A man dumpster diving for toys for his family in Daytona Beach was rescued by two officers and the police chief in a time when he really needed support.

DAYTONA BEACH, Fla. - A man dumpster diving for toys for his family in Daytona Beach was rescued by two officers and the police chief in a time when he really needed support.

"I’m not allowed to be there?" a man asked on body camera video from Daytona Beach police.

"I mean if you’re just looking for toys or whatever, I got no issue with that," said Daytona Beach Police Chief Jakari Young.

When Daytona Beach Police Chief Young stopped a man by a dumpster the other night, the call wound up not being what he expected. "I went through the light and something just told me to turn around and go back," said Chief Young.

He started asking if the man was okay.

"I was in the donation bin because I seen the toys that were hanging off the top, so I went in there to get some toys for the kids and I see blue and red lights, and I’m like 'Oh my God, I’m going to jail," said the father Alfred Chico.

Chico’s family had fallen on hard times. Their house was recently burglarized, so they went dumpster diving for their ten and 14-year-old daughters’ recent and upcoming birthdays. Luck was on their side this night.

"Let me check my trunk. I can’t remember if I gave my last stuffed animal away," said an officer on the body camera video.

The chief was with two other officers. One happened to have a spare teddy bear. 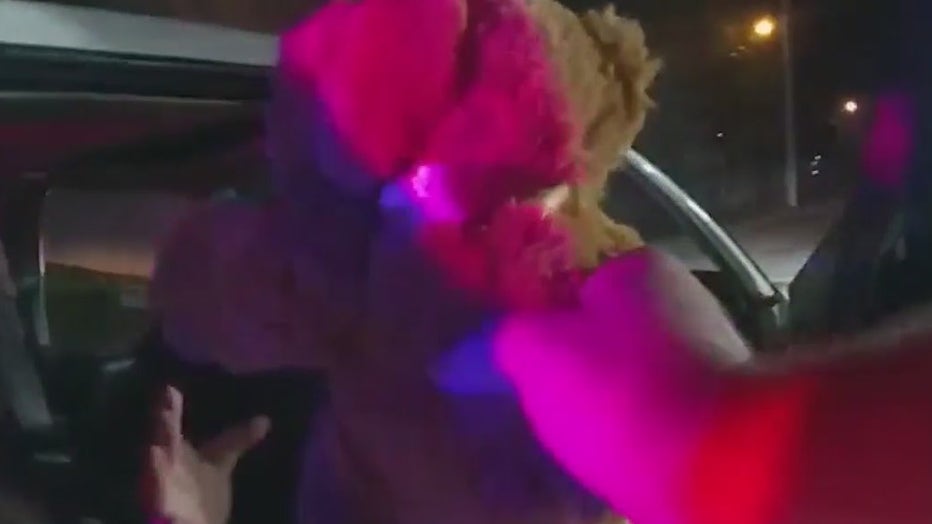 "The last one I got, so if you want it, you can have that," said the officer on the body camera video.

"They’re looking for toys. I’m pretty sure we can help out with that."

Then the chief invited the family back to the station.  "To see the two girls, their faces. They lit up when I opened the door to the closet, and they saw the toys and the school supplies," said Chief Young.

The girls made off with a dollhouse, a Hot Wheels set, school supplies and a memory they and the chief will never forget. "It was just a good feeling. It was like this is why we’re out here. This is why we do this because it’s truly about serving the community," said Chief Young.

"Really changed our experience and the overall understanding of the police. Like, they were really on our side," said Chico.