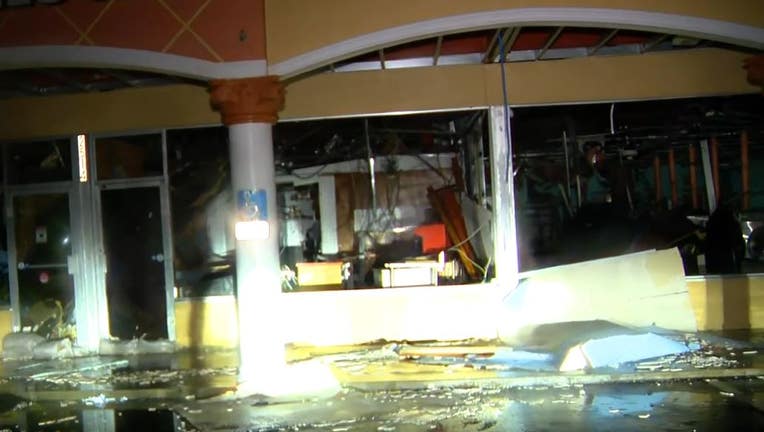 DAYTONA BEACH, Fla. - Pictures and videos from Hurricane Ian's aftermath show the devastating circumstances many people in Florida are now left with. Although Ian didn't make landfall in Daytona Beach, the community was greatly affected.

One shopping plaza was nearly destroyed as some stores lost part of its roofs. What was once a café is now unrecognizable. Exposed wires were also left hanging from the ceiling.

A citywide curfew was placed under effect on Thursday at 8 p.m. until 7 a.m. Friday morning. Police pleaded with residents to stay off the roads.

A fleet of power company trucks were discharged Friday to help those without electricity. 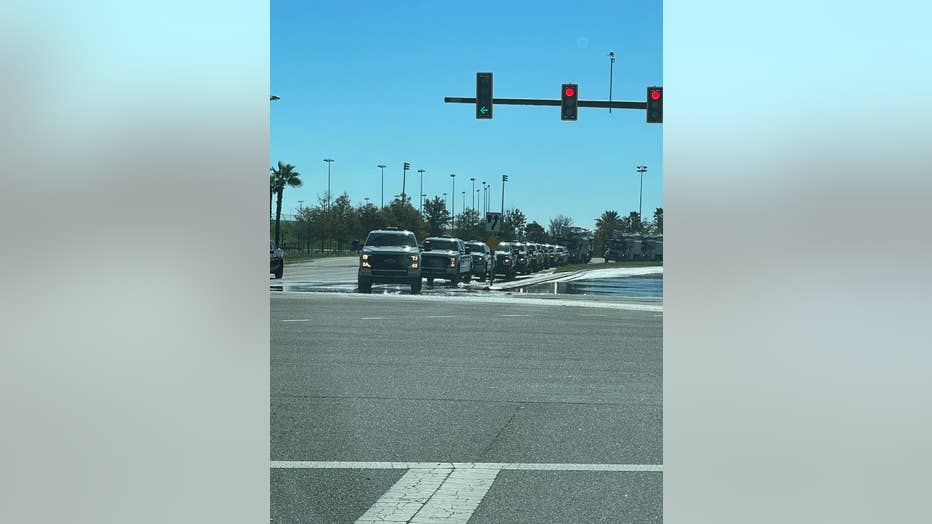 The police department said they used large trucks and boats to rescue people from flooded areas. Photos show officers carrying residents on their backs and in their arms to safety.

Aerial footage from the Daytona Beach Police Department gives a look at the floodwaters that entered the Fairway Estates subdivision.

So far, Hurricane Ian has taken the lives of 21 people with two of those deaths reported in Central Florida.