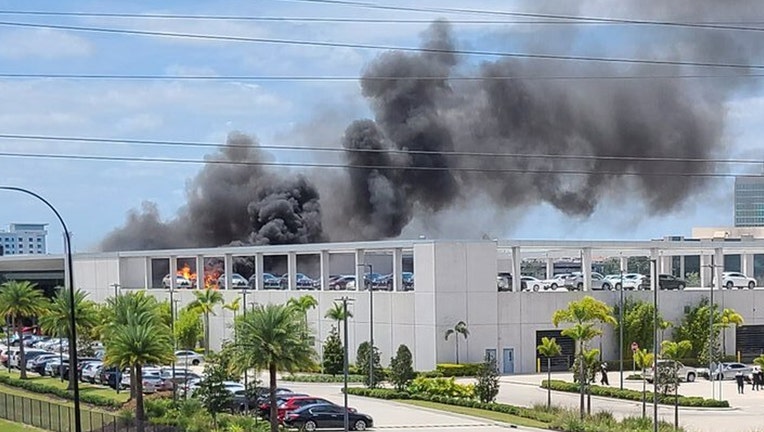 ORLANDO, Fla. - A fire broke out at a car dealership in Orlando on Wednesday, causing significant damage, officials confirmed.

FOX 35 received photos of the fire on Wednesday afternoon.

The Orlando Fire Department confirmed that there was a fire on the roof of a Lexus dealership.

They said that upon arrival, three vehicles -- one new car and two personal vehicles -- were on fire with limited exposure to the building.

There was said to be significant damage and one patient with difficulty breathing but did not need transport to a hospital.