Tens of thousands of crew members have been stuck on their boats since the CDC issued a no-sail order for all cruise ships last month.

Now, it's a different story.

He's one of the hundreds of crew members stuck aboard Holland America's Volendam cruise ship.

“We are anchored somewhere between the coast of Fort Lauderdale and the Bahamas,” Gordon said, “and we've been here since March 20, so this is the 28th.”

“I definitely feel like a prisoner. That said, the ship is taking very good care of us. It's not like we're wanting for anything or suffering in any way. It's just that I really, really want to go home,” he said.

Gordon is not alone. 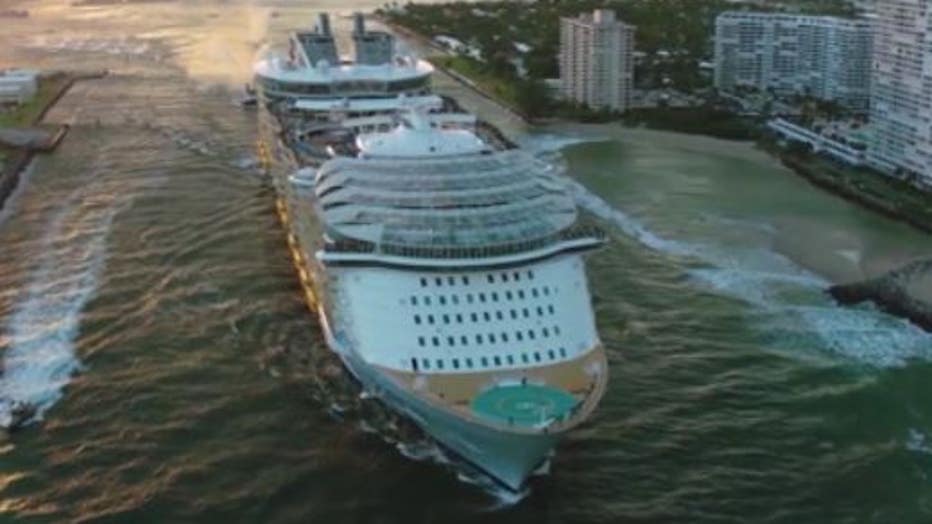 Tens of thousands of crew members have been stuck on their boats since the CDC issued a no-sail order for all cruise ships last month.

“He definitely sounded dismayed, but he reassured all of us they're doing all they can to repatriate everyone,” Gordon said.

Holland America said in a statement:

"We continue to work with the appropriate authorities in their home nations on the best way to get [crew members] home as soon as possible. Until such arrangements are finalized, crew will remain onboard our ships where they are safe and well-cared for."

Gordon said no one aboard the Volendam had COVID-19, but that didn’t seem to make any difference.

“As a crew member on a cruise ship, the guests always come first anyway. We tend to feel second class as it is. Now, with this ban, we feel like we've just been forgotten,” he said.

Gordon says when he gets back on land, there are two things he's looking forward to: First, is a faster, better internet connection. The second, he says, is the ability to cook his own food once again.