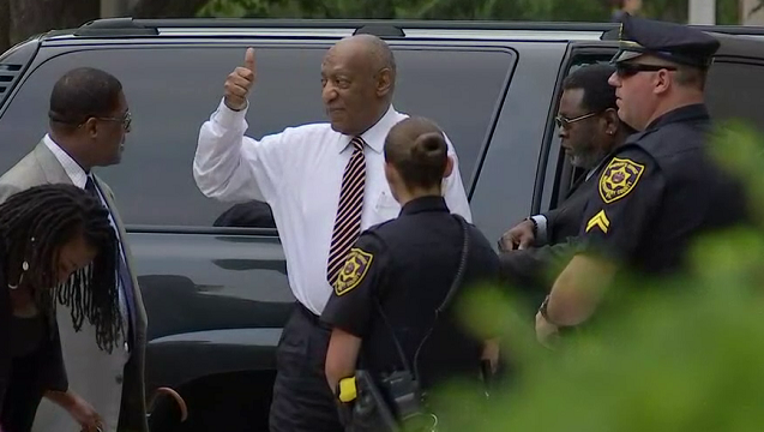 SANTA MONICA, Calif. (AP) - The stage for Bill Cosby's next legal challenge shifts to California with a hearing scheduled Tuesday to set a trial date in a lawsuit accusing him of sexually assaulting a teen at the Playboy Mansion more than 40 years ago.

Judy Huth accused the comedian of forcing her to perform a sex act on him in a bedroom at the mansion around 1974 when she was 15.

The hearing comes less than two weeks after a Pennsylvania jury deadlocked on criminal charges against Cosby.

A mistrial was declared June 17 on charges Cosby drugged and molested Andrea Constand, the former Temple University director of women's basketball, at his Montgomery County home in 2004. Cosby said the encounter was consensual.

Cosby's legal team declared victory after the mistrial, though Pennsylvania prosecutors vowed to retry him.

The comedian and actor once known as "America's Dad" for his TV role on "The Cosby Show" as paternal Dr. Cliff Huxtable has had his reputation tarnished with accusations of sexual abuse by nearly 60 women.

In the wake of the criminal trial, though, Cosby is planning town hall meetings in an attempt to restore his legacy.

Cosby, 79, is fighting lawsuits by 10 women on both coasts. Three have filed sexual battery or defamation cases in California, and seven have sued for defamation in Massachusetts, where Cosby has a home. He has denied any wrongdoing.

A second deposition by Cosby was put on hold pending the criminal case. His first deposition in the Huth case is sealed.